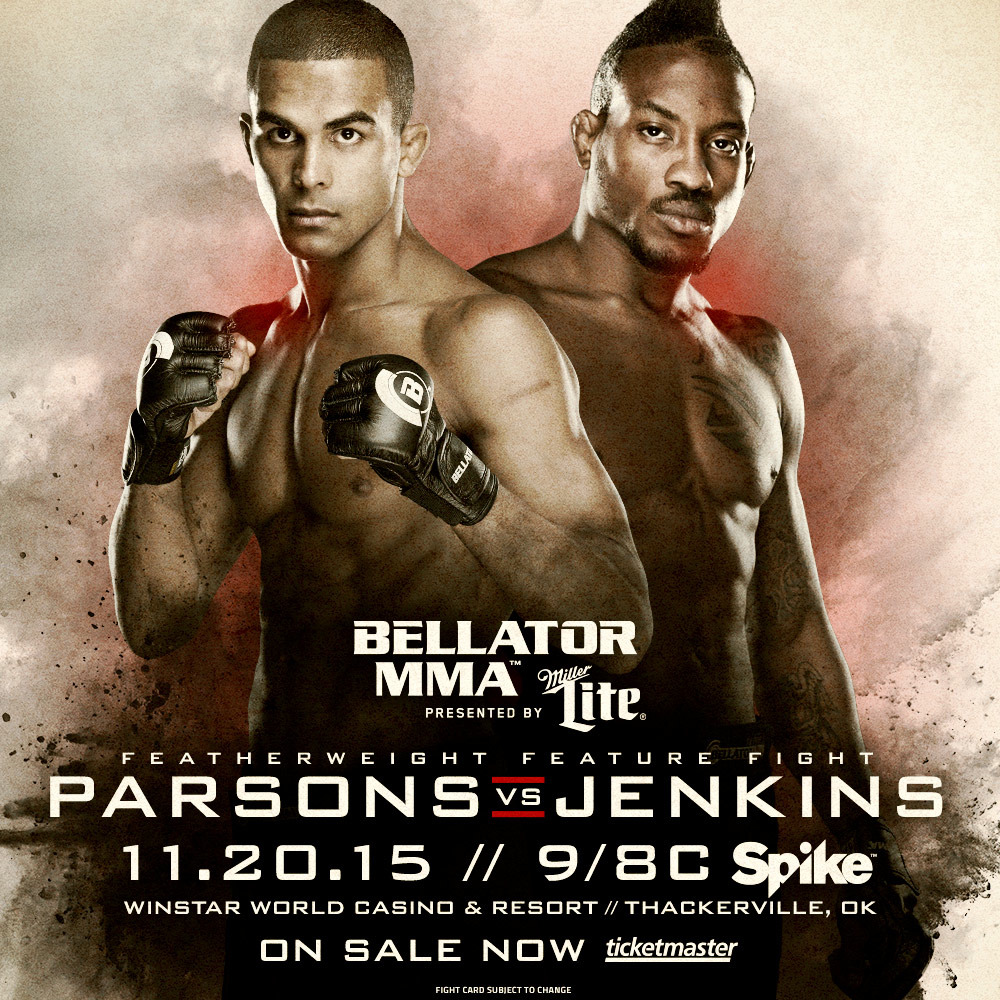 A pivotal featherweight matchup has been added to Bellator MMA’s return to WinStar World Casino in Thackerville, OK., when Bubba “The Highlight Kid” Jenkins (9-2) meets Jordan Parsons (11-1) at “Bellator 146: Kato vs. Manhoef.”

In the evening’s main event, Hisaki Kato (5-1) will look to build upon his highlight-reel finish of Joe Schilling in June with a victory against MMA mainstay Melvin “No Mercy” Manhoef (29-12-1). Additional contests will be announced shortly.

Tickets for “Bellator 146: Kato vs. Manhoef” are on sale now at the WinStar World Casino and Resort Box Office, as well as Ticketmaster. Ticket prices range from: $75, $55, $45 and doors for the event open at 5:00 p.m. CT local time, with the first contest taking place one hour later.

Jenkins bounced back from only the second loss of his short career, with an impressive finish of Joe Wilk at “Bellator 139: Kongo vs. Volkov,” The 27-year-old California native is widely considered to be the future of the featherweight division and has stopped his opponent in seven out of nine tries. It will be interesting to see how his wrestling pedigree stands up against a fighter the caliber of Parsons.

Widely regarded as one of the top prospects in all of MMA, Parsons has entered the Bellator MMA fray in a blaze of glory, finishing both of his opponents before reaching the judges’ scorecards. A product of Alliance MMA in San Diego, Calif., “Pretty Boy” will be facing his stiffest competition to date when he meets his Nov. 20th opponent.