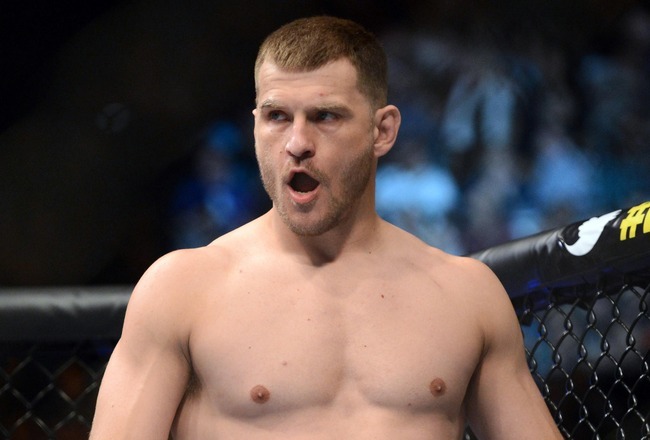 The co-main event at UFC Fight Night 76 has been scrapped, as Stipe Miocic has been forced out of his bout against Ben Rothwell with an injury.

Rothwell posted a cryptic Facebook message, which was followed up by a confirmation by UFC Head of PR Dave Sholler.

Can confirm that Miocic is out of Dublin fight. We are reviewing options for a potential replacement. Wish Miocic a speedy recovery.

Miocic (13-2) is coming off a TKO victory against Mark Hunt at UFC Fight Night 65. That win bounced Miocic back into the win column, as he suffered only his second defeat, a controversial unanimous decision loss to Junior dos Santos in 2014.

Rothwell (35-9) has found a career resurgence over the past two years and is currently riding a three-fight winning streak. The run began with a TKO against Brandon Vera, followed by a TKO of Alistair Overeem and most recently a submission victory over Matt Mitrione in June of this year.

The UFC is still planning a replacement for Rothwell, however on less than two-weeks notice don’t get your hopes up.