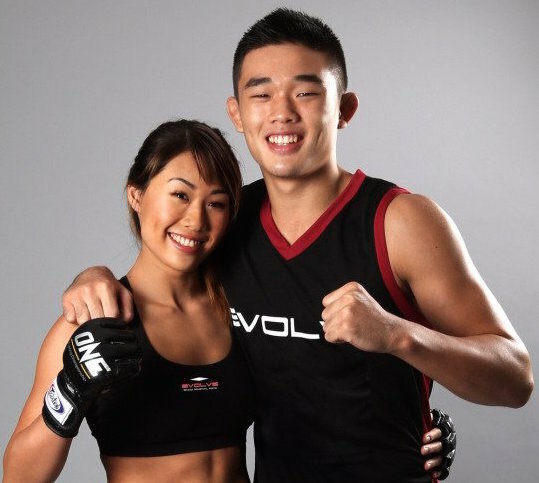 The largest sports media property in Asian history, ONE Championship™ (ONE) has announced the complete fight card for ONE: SPIRIT OF CHAMPIONS which takes place at the Mall of Asia (MOA) Arena in the Philippines on 11 December. The card is headlined by a spectacular showdown between Brandon “The Truth” Vera and Chi Lewis “Chopper” Parry for the inaugural ONE Heavyweight World Championship.

Siblings Angela and Christian Lee added to ONE Spirit of Champions

In addition to the main event, five exciting new bouts featuring local and international MMA athletes have also been announced. These bouts will include the Lee siblings from Singapore, Angela Lee, with her younger brother, Christian Lee making his professional MMA debut. Angela will face Lena Tkhorevska from Poland while Christian meets Australia’s David Meak. Filipino fighters Geje “Gravity” Eustaquio and Eugene Toquero are also on the card and will face Yang Jian Bing and Wu Ze respectively. Bruno Pucci returns to the ONE cage to battle Indonesia-based Dutch fighter, Anthony Engelen.

CEO of ONE Championship, Victor Cui stated, “Manila has always been one of our favourite cities because the support for ONE Championship and MMA is tremendous! We have prepared an amazing lineup of fights for our passionate Filipino fans who are eager to witness our unique brand of world-class MMA. These five additional bouts are guaranteed to satisfy fans hungry for action as we hold nothing back in our spectacular return to the heart of the Philippines.”

Tickets for ONE: SPIRIT OF CHAMPIONS are available now at www.smtickets.com.

MMA darling Angela “Unstoppable” Lee was victorious in her last fight, executing a rare Twister submission on her opponent at the recently concluded ONE: PRIDE OF LIONS show in Singapore. The win established Lee as the queen of submissions in ONE Championship. Known for being a sweetheart who transforms into a formidable contender in the cage, Angela ends her fights fast, with her first three bouts ending by first round submission. Angela looks to keep the streak alive when she meets her next opponent, Polish fighter, Lena Tkhorevska.

Lena Tkhorevska is one of Poland’s fastest rising female MMA stars. She makes her ONE Championship debut in Manila and can be described as a versatile fighter, complete with a formidable stand-up and ground game. Tkhorevska owns a knockout and a pair of submission victories as a professional and is set to give her opponent Angela Lee a tough fight in Manila.

Singaporean featherweight prospect by way of Hawaii, USA, Christian Lee will be following in his sister’s footsteps by turning professional inside the ONE Cage. Coming from a family of impressive martial artists, Christian was crowned multiple-time Junior Pankration World Champion with a Purple Belt in Brazilian Jiu-Jitsu and was voted ‘Most Outstanding Athlete’ at the 2013 FILA World Championships after winning five world titles across the disciplines of Brazilian Jiu-Jitsu, Pankration, MMA, and Submission Grappling. The younger brother of Angela Lee will make his debut against Australian fighter, David Meak.

David Meak is an Australian featherweight mixed martial artist looking for a new beginning inside the ONE Cage. With five professional bouts on his record, Meak is equipped with the experience required to be successful at this level of the sport. He’ll have his hands full though, as he takes on rising young star, Christian Lee of Evolve-MMA.

Team Lakay’s Geje “Gravity” Eustaquio will face Chinese fighter Yang Jian Bing in a surefire fast-paced flyweight bout. After two losses, one against Anatpong Bunrad and the other against Adriano Moraes, Eustaquio is eager to come back better and stronger, and showcase just how much he has improved since. Eustaquio, known for his well-rounded striking game, will need to outwork his opponent to emerge victorious in his home turf and return to his winning ways.

Yang Jian Bing is one of the most promising young flyweights to come out of China. With five victories on his professional record, including three submissions, Yang is a nightmare matchup for anyone in his division. Despite the remarkable success he’s had in grappling, Yang considers striking to be his forte and will look to take the fight straight to Geje Eustaquio of the Philippines.

Eugene Toquero is one of the most exciting fighters to come out of Manila. His time inside the ONE Cage has been memorable, as he’s delighted fans with impeccable striking and flashy combinations. The former celebrity MMA trainer recently fell short of victory at ONE: TIGERS OF ASIA when he lost to Riku Shibuya via unanimous decision. Toquero is set to do battle with Wu Ze, who represents a chance for him to get back on track for a title shot in the future.

Chinese flyweight Wu Ze has seven years of mixed martial arts training, with a strong background in Sanda and Wrestling. He became the winner of the ONE Guangzhou Flyweight Tournament Finals when he defeated Yang Jian Bing via split decision. Wu, who is also a parkour and extreme sports enthusiast has proven to be an exciting fighter just like his next opponent, Eugene Toquero of the Philippines. This bout between two flyweights is definitely one to watch out for.

Bruno “Pucci Bull” Pucci from Brazil makes his much awaited return to the ONE Cage after a year-long break. A first degree Brazilian Jiu-Jitsu black belt and world champion in No Gi, Pucci is famous for finishing all his fights via his favourite submission move, the Rear Naked Choke. Pucci’s winning streak came to a devastating halt when he lost to Major Overall last year at ONE: HONOR & GLORY. He is determined to get back on the right track, this time against Anthony Engelen.

Anthony Engelen is a Dutch fighter who trains full-time in Indonesia. Just like his next opponent, Engelen’s strength lies in Brazilian Jiu-Jitsu, making his match a potential war of attrition on the ground. Engelen is undefeated in his first three professional fights and his debut with ONE Championship gives him the chance to advance his position in a stacked division. Standing in his way is Evolve-MMA