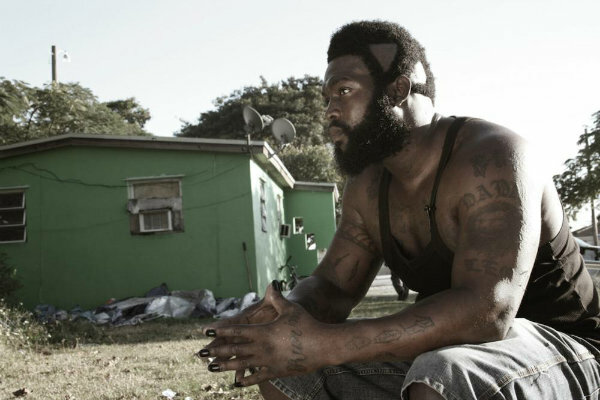 Despite allegations hurled by Kevin “Kimbo Slice” Ferguson and his manager, Mike Imber, that include the theft of Slice’s signature look, false claims of being his bodyguard and repeatedly dodging fights, Dhafir “Dada 5000” Harris’s irritation never escalates past a simmering outrage during the 25 minutes we speak. Unlike Slice, who appeared with Imber on Ariel Helwani’s The MMA Hour to discuss their upcoming matchup in the co-main event of Bellator 149 on February 19, Dada hardly uses any profanity when speaking of squashing their longstanding beef with one another. The fact of the matter is, until their fight was announced, Dada 5000 was still to a great extent in Kimbo’s corner. He’s mad, sure, but more than that, he seems disappointed with the YouTube star turned MMA sensation who grew up just blocks away from him on the backstreets of West Perrine, one of the roughest neighborhoods in all of Miami, FL.

Dada 5000 on fight with “sellout” Kimbo Slice: “This is payback from way back”

“I’m from Perrine; he’s from Perrine. We’re both Perrine natives—same school, same street, same everything. He was just a couple of years older than myself,” says Dada, when asked about their relationship prior to it becoming professional and subsequently turning sour.

As Kimbo’s popularity and notoriety grew, he found himself increasingly in need of insulation. Dada says Slice approached him ahead of his televised bout against Ray Mercer to be an extra pair of eyes—a body to stand between him and undesirables.  By his estimation, Dada 5000 worked as a member of Kimbo’s security for roughly two years.

“I want to say this: when you look at a bodyguard, Kimbo’s a big, strong dude. He didn’t need me to be his physical bodyguard to protect him from physical hurt, harm or danger,” he explains. “My role was to [watch for] things other people were not mindful off—to intercept negativity from negative people on bad paths. It was more or less like I was a universal plug.”

Time passed, and Kimbo Slice developed into a household name, but Dada grew weary of waiting in the wing for opportunities to come his way. Recordings of him competing in and winning backyard bouts were never released by Kimbo and his people. According to him, Kimbo’s confidants had begun whispering into his ear that a usurper was within their midst and in need of removal.

“I’m a big, strong dude. I can bench press four, five, six hundred pounds,” he says. “So when we were out and about on the road, it was like ‘Yo, you gotta watch Dada. He’s trying to show you up. Look at him over there showing off.’ That [wasn’t] the case. I was a good guy.”

Eventually, he says, he saw the writing on the wall, packed his bags and left to pursue his own interests outside of Kimbo’s shadow.

“I’ll believe you until you give me a reason not to. I’d done certain things to be able to get up and travel all over the place with these individuals, but it was not appreciated. Almost like, ‘Hey, just by you having an opportunity to roll [with us], that’s payment enough.’ I’m not a groupie. I’m not an entourage dude. I am a leader and I’m here and I’m destined to do great things. Once I got that clear, I told them, ‘Look, I’m done, and the best part of this conversation is we’ll never have to have it again.’

Dada came back to Miami and began to monetize Perrine’s backyard fighting culture like no one had previously under the promotional moniker Backyard Brawls, or BYB. Local documentarian Billy Corben, whose Cocaine Cowboys had garnered uniform acclaim from both critics and casual filmgoers alike, took notice. The result, Dawg Fight, was a film unlike any other that had come before it.

From my review of the film/interview with Corben for MMAOwl.com:

“It’s all at once spellbinding, visceral and provocative, and it is simply impossible to not be affected by it.”

It wasn’t long after Dawg Fight began making its way into living rooms across America that the idea of a fight between the two former neighbors became among the hottest matchups possible in non-Zuffa MMA.

“The promotion for Kimbo vs. Dada started when the movie first dropped, because I stated it: ‘How many people out there want to see Dada 5000 vs. Kimbo Slice?’ Millions and millions and millions of people have now watched this doc,” he says. “Again, he didn’t expect me to get here. He slept on the set and I’ve been relentless in my approach. I’ve had to reinvent myself. They say 15 minutes of fame? Shit, I was supposed to have 15 minutes eight, nine years ago and I’m still here, better than ever, and he’s going to have to deal with it February 19th.

“He started this movement. Yes, he influenced me to do the same. But when I got the ball, I’m a little bit smarter—I went a different route—yet still, we ended up in the same place, face to face.”

With a skullcap covering up his bright red, intricately stylized coif, similar build, bearded face and tattooed, dark skin, the physical similarities between the two men is rather undeniable. But, he says that the accusations of outright image pilfering are patently ridiculous.

“You know, when you look at the demographics—the statistics—a beard, big black guys… stereotypically, that goes hand-in-hand with every black person inside my community,” he says. “That’s why all officers say all black people look alike, they all have similar characteristics. So if I bit him, who did he bite? Mr. T? There’s no patent involving beards. At the end of the day, it’s like Rick Ross… everybody’s got a beard. He doesn’t own the patent or copyright on that.”

According to Dada, it’s all smoke and mirrors, a way for Kimbo to deflect the real narrative at play here: that, at 41 years old and with one professional MMA fight under his belt in the last five years, he’s washed up, primed for a steep and crushing fall, and desperate to find a way out.  Dada points to Kimbo’s assertion that the fight might happen in the street before its schedule date in the cage as evidence.

“He’s doing a lot of talking. This is the most this dude has ever fucking talked in his life, which brings you to this conclusion: [who are] you trying to convince that you’re capable of doing this shit that you’re talking about, the people or yourself?” he posits. “Just listen. He’s trying to talk his way out of this shit. He’s trying to create a safe passage not to get his ass whooped.

Of all the sound bite worthy quotes Slice produced last Monday while speaking with Helwani, one in particular caught Dada’s attention, not because it was close to home; it was home. Following refrains of “I keep my ear to the street” and suggesting that anyone backing Dada was picking the wrong horse in the proverbial combative race, Slice let loose with this rather paradoxical declaration.

“I’m a seven figure nigga, Ariel. I’ve moved up, baby. I’m out there with the white folks now, man. You know what I’m saying? This nigga still living with his momma. We don’t live close to each other right now.”

More than any other time during our interview, Dada becomes incensed in the face of this overt slight. After all, while Slice has seemingly cruised from one semi-lucrative gimme fight to another, his former bodyguard and neighbor stayed behind to participate in the community snubbed by his former employer.

“Just yesterday, five people got shot down on Thanksgiving Day in my community. This is black on black crime and it’s kids killing kids. With great powers come great responsibilities—Spider-man—so when you got the hot hands in some of those fights you could’ve come back through the ‘hood.

“Stop looking at it like you’re a tourist. I gave out more than 770-plus turkeys for less fortunate families for this Thanksgiving holiday. This is what I do; it’s not the first time. I understand [because] I still stay in Miami/West Perrine. People respect me. They know to side with me because they can trust me. I’m for real. If you cut me, I bleed.

“I still stay in the same area that you left, that you abandoned. This is payback from way back. I may forgive, but I don’t forget. He’s a sellout. He’s a fucking sellout. That’s what he is, and I’m gonna break his face for that very same comment. You know why people love me? Because I never change.”

If anyone is betraying an image or adopting one that doesn’t square with who they really are, Dada says, it’s Kimbo.

“Now he’s from Coconut Creek. Now he’s from everywhere else except West Perrine. They don’t fuck with him. When he comes through it’s for personal gain. It’s because it’s beneficial to him. I really look at him as a sellout and by his even saying that, ‘I’m a seven figure dude and I don’t stay there no more….’ Good. We don’t want you back now, no way, because you ain’t doing shit since you been gone.”

When asked to predict the outcome of their bout, Dada 5000’s answer is unsurprising.

“It’s not going to get out of the first round. This is gonna be brutal. It’s gonna be bloody. We all know about Kimbo Slice. We all know what he got and what he don’t got. I’m going to expose this dude.

“MMA stands for ‘mass mutilation and annihilation’ and that’s just what I’m coming to bring: M-M-A to Houston, Texas on February 19. Don’t blink; it’s gonna be quick. For every lie, for every story told, for every saying ‘Dada’s fucked up…’ Kimbo Slice, he’s about to pay that tab. I’m gonna flatline Kimbo’s ass, because I’m for real. You wanted my attention, now you got it. Deal with it.”

Dhafir “Dada 5000” Harris faces Kevin “Kimbo Slice” Ferguson in the co-main event of Bellator 149 on February 19, 2016 at the Toyota Center in Houston, Texas. For more information on Dada 5000, follow him on Twitter, Facebook and Instagram.

Click HERE to listen to the full, unedited interview on the latest episode of Sucka Radio.

Note: Some quotes have been edited and reorganized for conciseness and clarity with an emphasis on maintaining their original subjective meaning.