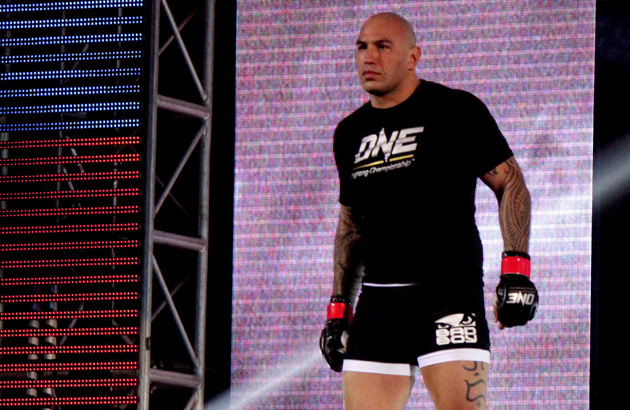 Following a few days of questions, ONE Championship CEO, Victor Cui, has announced via Facebook that Brandon Vera will no longer be facing Chi Lewis-Parry, but will instead take on Taiwanese-Canadian Paul “Typhoon” Cheng this Friday.

Victor Cui had this to say regarding the switch of opponents.

“After multiple requests made by ONE Officials directly to Chi Lewis Parry and his Manager over the last few weeks, Chi has failed to submit his medical results and his drug tests for the fight this Friday. Additionally, he decided not to board the plane departing from London to Manila. He will not be fighting this Friday.

The next top heavyweight contender, Paul Cheng will be stepping in for the World Championship fight against Brandon Vera. Can China claim its first ever Heavyweight World Champion or will the hometown hero make it a storybook win for Filipinos?”

“Dear world. As I forewarned, One Championship have ripped my shot from my grasp. They pretended Paul Cheng was travelling to Manila JUST for media obligations and lied to EVERY SINGLE FAN! Now they have made up their excuse (which has taken them days to form) and are blaming me with bogus accusations. It’s disgusting that an organisation claiming to be one of the top competitors in the world are happy to pull stunts like this. REMEMBER, I CALLED THIS DAYS AGO! One failed to respond with the truth now they blame me. Legal action is to follow and the exploitation and misrepresentation of fighter/athletes will STOP @ One Championship for good! I’m sorry for the fans that have been lied to by Victor Cui and One.”

Paul Cheng (5-1) made his debut for ONE in December of 2013 after fighting exclusively in Canada for just over a year. Since joining the ONE roster he has picked up stoppage wins over Alain Ngalani and Mahmoud Hassan. Cheng was set to fight Igor Subora in April, but was forced out due to injury.

This fight will headline ‘ONE: Spirit of Champions’ this Friday on December 11 in Manila.