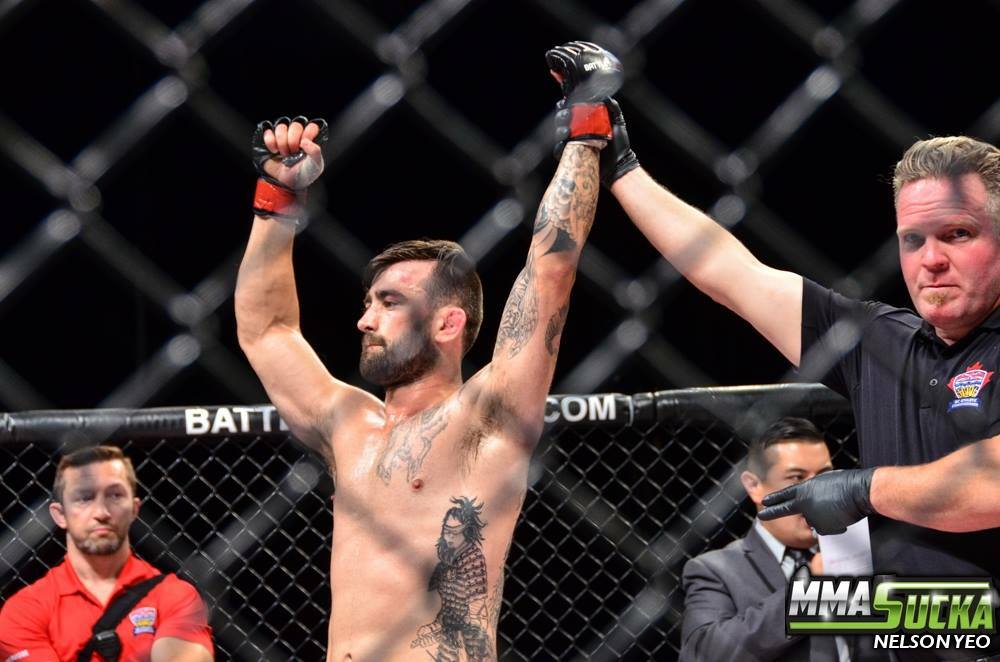 Fivestar Fight League’s return to Fort St. John has a dynamic fight set for the main event at FFL 17: Resurrection, as welterweight champion Duncan Wilson puts his belt on the line against Dejan Kajic.

Wilson (7-4) is 2-0 at welterweight and has successfully defended his belt once against Aaron Shymr at Fivestar Fight League 14 in April of last year. Wilson was expected to fight against Alderic Keith at Elite 1 MMA: Unleashed on January 30, however he has been forced out due to injury.

Kajic (7-5-2, 1NC) has bounced between wins and losses over his last several bouts. The Vancouver native last fought at BFL 39, when a freak injury happened, as his opponent Curtis Harriott took him down and hurt his right elbow forcing a stoppage to the contest. The boxing specialist has fought for a number of the top Canadian promotions and will add Fivestar Fight League to that list in April.

Fivestar Fight League 17: Relentless goes down on April 22, 2016 from the Fort St. John Curling Rink in Fort St. John, British Columbia. Along with Wilson vs. Kajic, a few other match-ups have been announced including Jamie Herrington vs. Susy Watson for the vacant Fivestar Ladies Flyweight Title, Dylan Lielke vs. Jarrett Vornbrock in kickboxing action and Travis Lussier vs. Brad Laboucan.