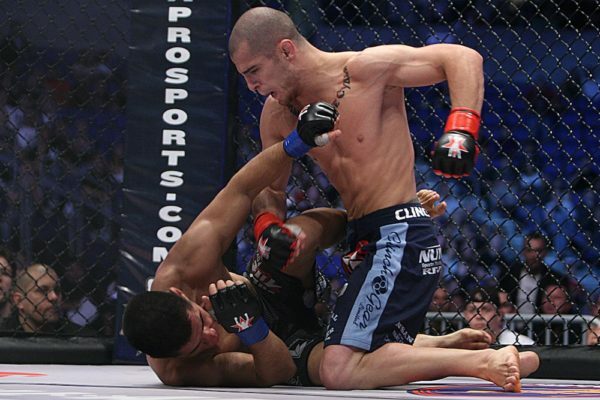 Much like your favorite Oreo, this week’s episode of the Eye of the Storm MMA is double-stuffed! First, your intrepid hosts, Justin Pierrot & Christiaan Allaart, sit down with Bellator featherweight Georgi Karakhanyan to talk about his new beer – A Russian Imperial Stout called “Georgi the Insane” – made by Polymath brewing, drinking before fights, his relationship with Bellator heads Scott Coker & Rich Chou, and Ken Shamrock vs. Royce Gracie III. After that, the EOS boys go over the big happenings from Battlefield Fight League’s latest event before being joined by the Parting Shot Podcast’s James Lynch to go over a number of things This includes the return of BJ Penn, the spectacular collapse of the Z Promotions event that was supposed to go down in Calgary, and going over the upcoming UFC on FOX 18 card. For the record, this was recorded prior to the announcement of Cain Velasquez pulling out of the UFC 196 main event. Still, grab your favorite beverage, pull up a chair, and listen below, on iTunes, or on Stitcher!

Support the podcast, and buy Stormland’s True North, Strong, and Cranky EP at www.stormland.bandcamp.com for only $2. You can also buy some swank Christiaan “The Coyote” Allaart gear at CoyoteMMA.com!