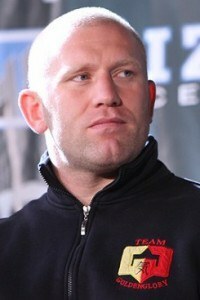 Benson Henderson may be Bellator’s biggest acquisition in terms of resume, but the organizations newest signing may literally be the biggest.

Heavyweight striker Sergei Kharitonov (23-5) has signed with Bellator MMA, and is expected to debut for the promotion in May, according to a report by MMAFighting.com’s Ariel Helwani. Sergei Kharitonov is currently riding a five fight win streak, coming off of back-to-back knockout victories of Kenny Garner at M-1 events. The Russian’s last loss was also his final fight under a Scott Coker run promotion when he was submitted by Josh Barnett at Strikeforce in 2011.

Kharitonov holds victories over Andrei Arlovski, Alistair Overeem, Semmy Schilt, and current UFC heavyweight champion Fabricio Werdum. His opponent for his May Bellator debut is at this time unknown.