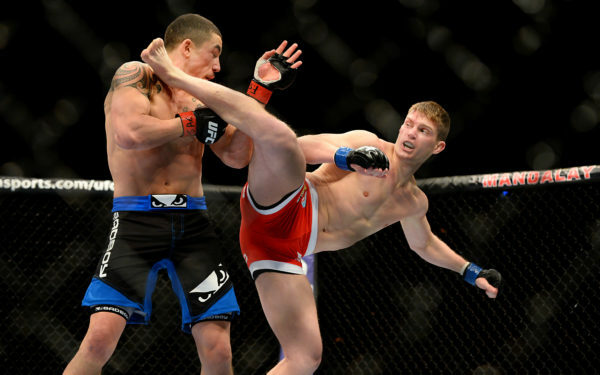 In the main event of UFC Fight Night 82, Stephen “Wonderboy” Thompson walked into the cage at the MGM Grand Garden Arena in Las Vegas, NV to take on former UFC Welterweight Champion Johny “Bigg Rigg” Hendricks. While many pegged Hendricks as the favorite going into this bout, few foresaw the the bout going the way it did. “Wonderboy” lit up the former champ on the feet, even staving off a takedown en route to using his varied striking attack to starch the here-to-fore unfinished “Bigg Rigg” in the first round.