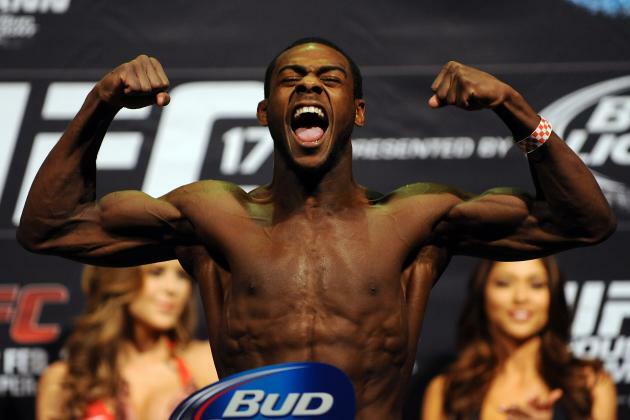 It took just two months for undefeated prospect Aljamain Sterling to decide where he would step foot inside the cage next. After testing the free agency waters, Sterling has decided to take an offer and return to the UFC.

Sterling made the announcement on The MMA Hour today.

“I’m 100 percent happy with my decision,” Sterling said. “I think I got a better deal for myself than I would have had.

“I was a little bit uneasy about it at first. I just wasn’t sure exactly what was gonna happen, because you never know where you’re going to end up.”

Sterling (12-0) has stepped foot inside the Octagon four times and finished all but one. “The Funkmaster” made his debut at UFC 170 where he earned a unanimous decision against Cody Gibson. He went on the TKO Hugo Viana and tap out both Takeya Mizugaki and most recently Johnny Eduardo at UFC Fight Night 80 this past December.

The 26-year-old ultimately made the decision based on the fact that the UFC was at the top of the growth chart, however that doesn’t mean there weren’t more offers. According to Sterling WSOF and Bellator were “neck and neck.”

Keep it locked to MMASucka.com for what’s next for Sterling inside the UFC Octagon and who his next opponent will be.