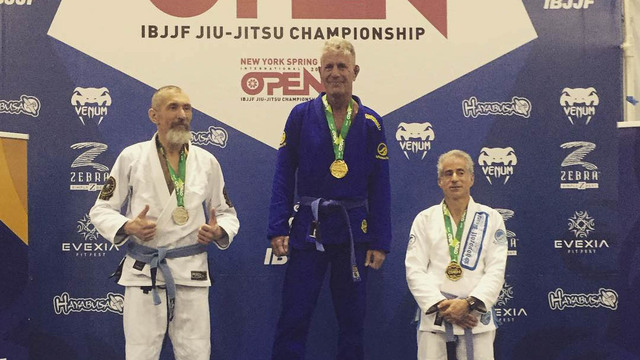 Celebrity Chef Anthony Bourdain stepped on the jiu-jitsu mats for the first time in competition at the 2016 New York Open.

Bourdain made it to the finals of the Masters 5 middleweight blue belt division and he was matched up against a tough Alexey Iskhakov from Mike Moses’ Competition Team.

The Renzo Gracie Academy blue belt was able to get a sweep right off the hop after pulling guard and secured a victory to win gold for the first time at an IBJJF tournament.

Check out the video of Bourdain, and stay tuned right here at MMA Sucka for more live streams as well as videos highlighting the top fighters, commentators, coaches, promoters and other names in mma and combat sports.  You can also subscribe to our youtube channel for regular updates and all the latest fight news. You can also check out our sister site, at TheFightBuzz.com for the latest from the world of mma and other combat sports.