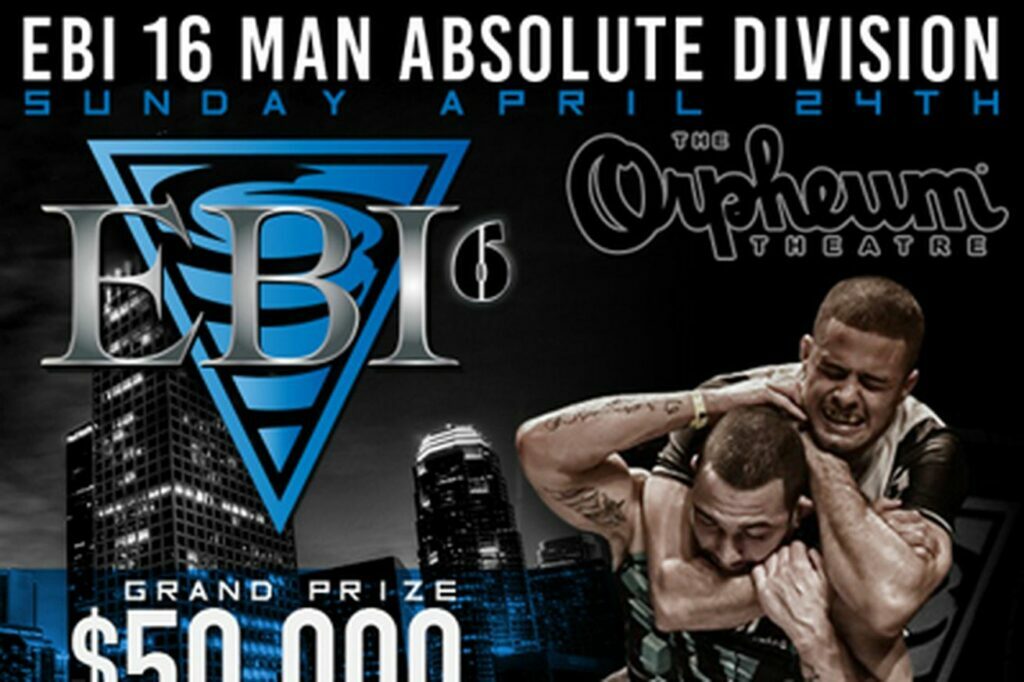 The sixth instalment of the Eddie Bravo Invitational (EBI 6) goes down this Sunday evening from the Orpheum Theatre in Los Angeles, California and airs for fans around the world on UFC Fight Pass.

Not only will the event air on UFC Fight Pass’ digital service, but it will also air on TV on Dish Network PPV and InDemand PPV.

The first match will begin at 5pm PT/8pm ET and it will be full of action from that point on.