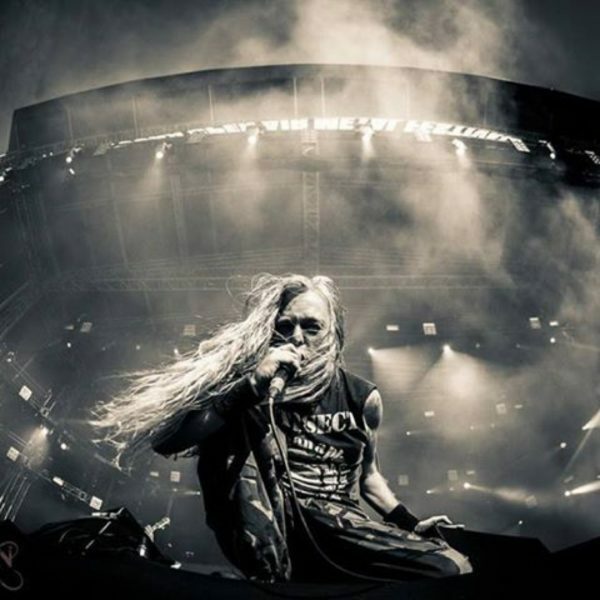 It’s been a week of big things, and that’s not stopping with the latest episode of the Eye of the Storm MMA Podcast! As part of the same news cycle that saw Phil Davis take a questionable decision over Mo Lawal at Bellator 154, and Stipe Miocic starch Fabricio Werdum for the UFC Heavyweight Title, host Justin Pierrot is joined by a man who is now forever linked with former UFC champ Josh Barnett. That man is Karl Willetts, the singer of Bolt Thrower and Memoriam! The pair talk the expected things, like how Karl and his band came to be involved with Barnett and hand down the “Warmaster” nickname, the vocalist’s early roots as a fan of combat sports, and beer. Things also take a serious turn as Karl opens up about the passing of Bolt Thrower’s drummer, Martin “Kiddie” Kearns, in September of 2015 and how it eventually led to the formation of his new band, Memoriam. All this, and Justin takes a swing at the double standard used when dealing with the actions of North American fans versus those in Brazil. Have a listen now below, on iTunes, or Stitcher Radio and please don’t forget to rate and review!

Support the podcast, and buy Stormland’s True North, Strong, and Cranky EP at www.stormland.bandcamp.com for only $2. You can also buy some swank Christiaan “The Coyote” Allaart gear at CoyoteMMA.com!