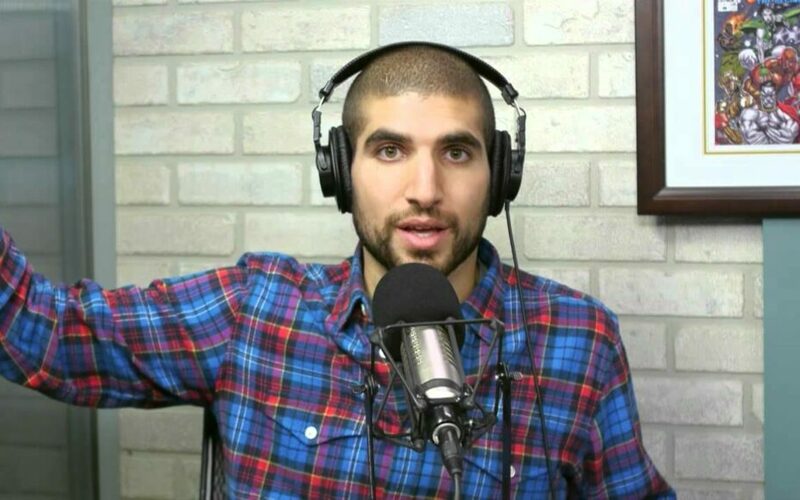 UFC 199 already made a strong claim to wildest MMA night of the year. The prelims were filled with wild violence, Dan Henderson finished Hector Lombard with an audacious head-kick-to-back-elbow combo, and Michael Bisping knocked out Luke Rockhold to win his first UFC title at the age of 37. Then we found out the UFC escorted Ariel Helwani, Esther Lin, and E. Casey Leydon out of the LA Forum and, according to Helwani, banned them for life.

Helwani hasn’t explicitly said what caused the UFC to take action, but the obvious inference is his report that the UFC and Brock Lesnar were close to finalizing a deal for the latter to fight at UFC 200, which spoiled the promotion’s surprise announcement on the UFC 199 PPV broadcast. (Though one can certainly make the argument that Helwani’s report only built interest.) The Lesnar report isn’t unique; Helwani has made it a habit to scoop the promotion’s own announcements since being released from his Fox Sports 1 gig in March.

No matter what you think of Helwani (and Deadspin’s description of “his soft coverage and coziness with the UFC” is putting it nicely), it takes some creative mental massaging to comprehend the UFC’s end game here. I don’t think anyone is surprised that the UFC would play hardball like this. Helwani can shrug his shoulders and act incredulous all he wants, but he knows that he was playing with fire. (He also likely knows how sympathetic his side would be if the UFC took this very action.) But to take his credentials away before a pay-per-view main event? And, even worse, to extend that punishment to Lin and Leydon – two of the most beloved people among the media – in a draconian guilt by association? It just doesn’t make sense.

Banning Helwani from events doesn’t seem to be a positive PR move no matter how they went about it, but it seems far less damaging to ride out 199 and quietly deny or revoke his credentials for next month’s UFC 200. It’ll still be a story – you can’t refuse access to a reporter like Helwani and expect it to go away – but one that doesn’t involve forcibly removing him from the arena and doesn’t catch Lin and Leydon – who as photographer and videographer need event access to do their jobs – in the crossfire, either. For a company that introduced uniforms (oops, “fight kits”) for a more “professional” look, this comes off as incredibly bush league.

The UFC’s decision seems even more daft when one considers it doesn’t fix their problem. You can ban any number of reporters from the arena, but news will leak so long as there are people down the information chain that want to leak it. If the company wants to control how news is disseminated, they’ll need to clamp down on the flow of information within their own house.

In addition, what does the UFC gain in breaking their own fight announcements? That’s what makes this whole situation come off so petty. This was not the UFC wanting to get ahead of a damaging story or releasing the results of a reality show. This was a fight announcement (or, more precisely, the announcement of a major star’s return). The UFC isn’t losing UFC 199 pay-per-view buyers. They’re just pissy about the thorn in their paw, and instead of gently pulling it out, they cut off the paw.

Despite the bad look, it’s possible, and perhaps likely, that the UFC escapes this situation unscathed. The usual suspects have reported on it – Deadspin, Awful Announcing, Richard Deitsch – but it seems unlikely to become a big enough story to put any serious heat on the promotion. In that case, it’s up to the sport’s media to circle the wagons, which seems unlikely to amount to much considering their response to previous cases involving Josh Gross, Loretta Hunt, and others. Perhaps this time will be different; Helwani has a much higher profile and the sport’s media landscape is more consolidated and structured. Or perhaps it goes the same way as it does for UFC fighters: an event demanding an industry-wide response that never comes.