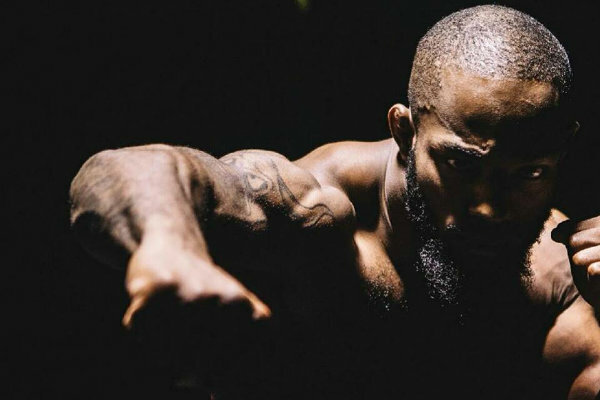 Undefeated champ Andre Harrison predicts win at Titan FC 39, but not a finish

Talking to Andre “The Bull” Harrison (12-0) about his upcoming fight this Friday against Deivison “Dragon” Francisco Ribeiro (26-9), it’s easy to mistake his calmness for complacency. The undefeated 28-year-old Titan Fighting Championship featherweight champion is so serene, so emotionally detached from the reality of impending violent combat, that it is almost distracting. But it’s precisely what you come to expect from someone who is so used to winning it’s become tritely familiar.

A high school state champion in wrestling at Freeport High School in his hometown of Freeport, NY, Harrison parlayed his athletic shrewdness into a successful NCAA Division II run at Fort Hays State University while pursuing a degree in criminal justice. When he discovered that a teammate of his was moonlighting as a cage fighter, he had that very same thought that launched a million ventures: “Hell, I could do that.”

“I was training with a guy on the team, J.T. Hudson, and he had the featherweight title in the area,” Harrison told MMASucka.com. “In training with him, I began to get a lot of confidence. I thought, ‘If this guy has the strap and he’s done real well, then I know I can do real well.’ So I would only fight in the offseason and I trained really, really hard. It was good. Instead of wrestling interfering with fighting and vice versa it was one feeding into the other.”

Harrison went on to become a two-time amateur lightweight champion with No Mercy Extreme Fighting, the Colorado-based promotion in which Hudson was also competing. In short time, his previous aspirations to pursue a law degree fell to the wayside in favor of visceral thrill and combative glory.

“Instantly, going into my first fight, fighting and then everything that followed right after… It was just an instant love for the sport and for everything you have to do to be involved with the sport,” he said. “From that, I was just head-over. It was almost as if I was done with both chapters. I got a letter from the Greco-Roman training center wanting me to come there and train and possibly look to climb the ladder to compete and that didn’t interest me anymore. I had some of my friends and people I was involved with at the time [with whom] I could’ve had internships and programs. That didn’t interest me anymore. The only thing I wanted to do was train and compete. I just wanted to fight.”

He turned pro in 2011, the same year he placed third in the NCAA national championship, and rocketed up the Ring of Combat ranks, capturing the featherweight belt and holding onto it until he vacated the title to sign with Titan FC. Winning gold once more after defeating Kurt Holobuagh at Titan FC 34: Healy vs. Edwards on July 18, 2015, Harrison did what undefeated champions in organizations that have “Zuffa out” clauses should do: he petitioned for a call-up to the UFC, going as far as directly tweeting UFC president Dana White.

To date, he’s yet to receive an answer.

Currently, Harrison has resigned to focusing on the task at hand: Deivison Francisco Ribeiro, an American Top Team product and former XFC featherweight champion who is being given a title shot in his debut fight inside the Titan FC cage.

“I thought [my next opponent] would be Freddy Assuncao because he’s fought in Titan before,” he said. “He fought Cody Bollinger and submitted him in the second round, so I thought it would be him. But [Ribeirio has] fought in good promotions. He’s had big fights before. He’s a tough dude and a real good fighter. I’m not shocked at that. I know he’s got a black belt in [jiu-jitsu], so you’ve got to respect him on the ground. Also, I know he’s a good counter-striker, so you have to expect that too; you can’t just go in wildly because if you do he’s the kind of guy that will catch you. Those are certain things we’ve got to watch out for.”

This Friday will mark almost exactly three years since Harrison has won by anything other than decision—a first-round TKO over Matias Vasquez for the vacant ROC featherweight strap on June 14, 2013. No doubt part of him knows that one of the things holding him back from a shot at the big show is the fact that only three of his 12 wins have been finishes.

Still, he is reticent to predict anything but a win. A consummate champion, Harrison is much more concerned with the ends than he is the means by which he gets there.

“If I could apply the pressure I want, I definitely think I’m going to get the win,” he said. “I hope I do get the finish. I’m always ready to go five rounds but if I don’t have to, I don’t need to.”

Andre “The Bull” Harrison will face Deivison “Dragon” Francisco Ribeiro this Friday, June 10, in the co-main event at Titan FC 39: Healy vs. Cavalcante at the BankUnited Center in Coral Gables, Florida. The event, which will stream live on UFCFightPass.com, begins at 7PM/4PM ET|PT. For more information, visit TitanFighting.com. 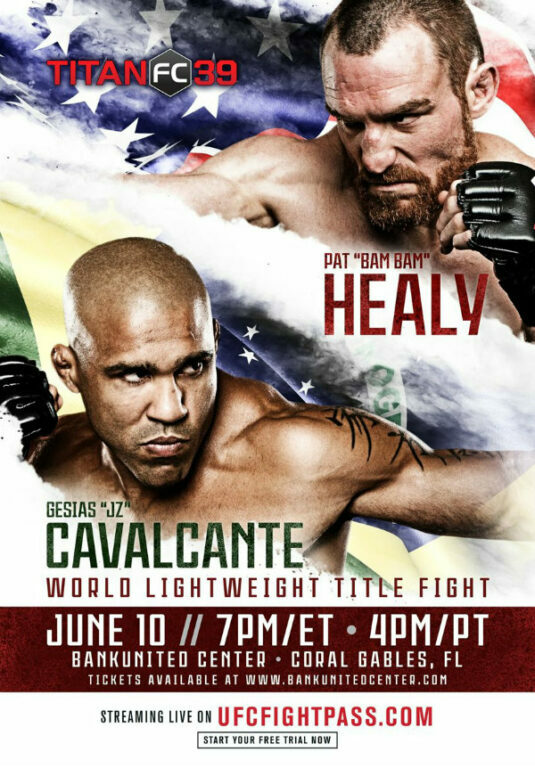