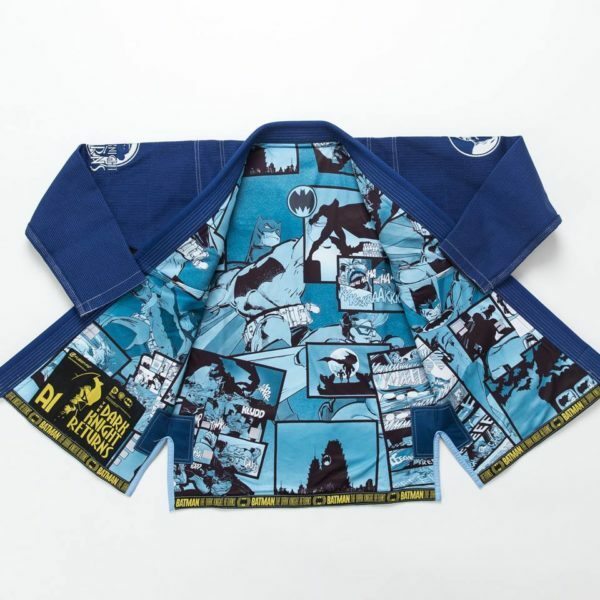 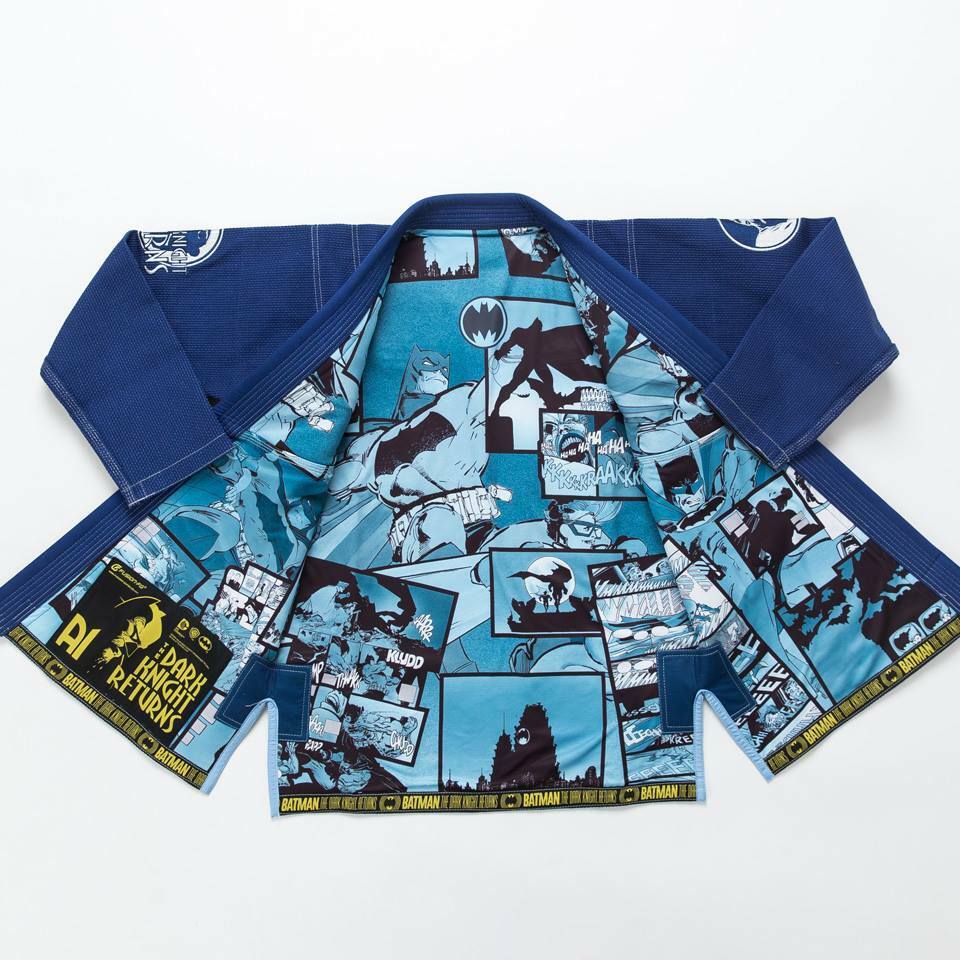 “It wasn’t easy to make. Took years and cost a fortune. Luckily, I had both.” – Batman — Dark Knight Returns.

Much like the above quote, Fusion Fight Gear’s latest gi, Batman The Dark Knight Returns was not a quick or easy make. The design was one that came about some time ago and only finally made public this past week. If you are a fan of the Frank Miller comic book mini series then this is a must have for your Brazilian Jiu-Jitsu collection.

The artwork for this BJJ Gi is taken entirely from the original Batman: The Dark Knight Returns comic book, and the later collected editions.

This bad boy is as limited as they come, with only 300 gi’s available.

Miller is known for his dark style of comic and The Dark Knight Returns series is no different. So why would the fellas at Fusion do anything differently?

The embroidered patches on the sleeves and the woven patch on the pants and inner lining are all taken from Batman: The Dark Knight Returns Noir Edition covers.

I was once rolling with a guy at Apex Martial Arts and while he was turtle, I reached across for his lapel and thought I was grabbing his rashguard. After this happened on a number of occasions and the roll was over, I found out that it was actually the inner liner of his gi — how tricky. So obviously this gi, being that it’s a dark tricky Batman product would have something similar. The interior lining is made of an awesome sublimated mesh material, and features a collage of artwork taken right from Batman: The Dark Knight Returns comic.

How would you like to win one of these bad boys? Well it’s simple — the contest rules are below.

Hey, if you don’t win the gi, Fusion Fight Gear still has you covered and will give the second place person (luck of the draw) a $50 gift card.