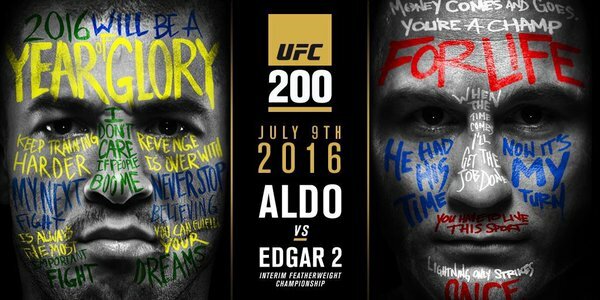 UFC 200 was set to be the greatest fight card ever put together. Leave it to Jon Jones to screw it all up.

Jones was removed from the card after the Nevada State Athletic Commission confirmed he tested positive for a banned substance. Due to the lack of time to appeal the decision, Jones was removed indefinitely.

Thankfully, the UFC has found a replacement, and it is none other than Anderson Silva. Even with the good news, Jones’ removal was heartbreaking for most MMA and UFC fans, and it will be interesting to see how the card unfolds without a Daniel Cormier-Jon Jones main event.

Even without the Jones-Cormier bout, UFC 200 has some great fights, and the MMASucka Staff breaks down some of the pressing questions heading into UFC 200. 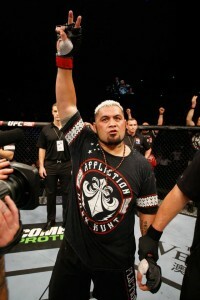 Is Brock Lesnar making the right decision, or are Mark Hunt’s skills and power too much for him?

Mike Skytte: If Brock Lesnar’s wish is death, then he is making the perfect decision.

Jeremy Brand: If Brock is able to get this fight to the ground, we know he can hold Mark Hunt there. If he is unable to do that, then we will see the demise of the beast that is Lesnar.

Jesse Scheckner: Yes. Brock Lesnar is absolutely making the correct decision and this fight is very winnable for him. Do I personally see it going that way? No. But there are a tremendous amount of unknown variables going into this bout, perhaps more so than with any other fight on the card. It’s actually an incredibly intriguing matchup.

Nick Baldwin: Well, I think it’s a bit of both. I do believe Lesnar is making the right decision by returning – he loves the spotlight and money, and he’ll get both in massive proportions this weekend. Hunt is the opposite of a walk in the park for the former heavyweight champion, however, who definitely risks losing a handful of brain cells at UFC 200.

If Kevin Gastelum wins, where do you see him in the welterweight division, and is Johny Hendricks done after the loss?

MS: Whoever wins will go to their natural weight class and challenge Aorigele after that spectacular Sapp win.

JB: This is a fight that will either showcase Gastelum or prove that Hendricks is a high caliber welterweight still. I am thinking the latter. Hendricks got knocked out by Wonderboy, but if you look at what Wonderboy did to Rory then you will see that it isn’t all too surprising. Hendricks is a little more experienced than the young Gastelum and that will prevail in this match.

JS: If Kelvin Gastelum wins, he’s right up there in the contenders’ circle with the sharks that swim in those waters. If he loses, he likely won’t fall all that far and at his age he’ll bounce back probably even better than before. While I’m reticent to put the kibosh on Johny Hendricks’ career, he has been sinking lately, something that could be attributable to a number of factors. Unless he gets his house in order, he’s probably two or three losses, tops, before the UFC cuts him loose. But that won’t happen. If he does lose, he has a host of matchups with the 11-20 ranked guys in his division, all winnable fights that will buoy his career for a while.

NB: If Gastelum beat Hendricks last year, he’d be a title contender no doubt. But the former welterweight titleholder has definitely declined over the past year or so, coming off a brutal loss to Stephen Thompson, so it wouldn’t be as huge now. Still though, Hendricks is still a tough outing  for just about anyone and a win would definitely skyrocket Gastelum to the top of the 170-pound division, and likely mark Hendricks’ last mixed martial arts fight.

Is the Jose Aldo comeback for real, or was the Conor McGregor loss a sign of things to come?

MS: Jose Aldo is god. He will finish Edgar, and then murder McGregor in cold blood.

JB: Conor McGregor has absolutely nothing to do with this fight, or the 145-pound division at all anymore. Jose Aldo should be worrying about Frankie Edgar and not so much about getting his belt back. Edgar is on another level right now and despite Aldo being one of the greatest of all time, this is Edgar’s time.

JS: The Jose Aldo comeback is for real, but so is the Frankie Edgar one we’ve seen in his last five fights. Steel and steel, man. Whoever the loser is, they won’t fall far in the rankings.

NB: What comeback? All I’ve seen is praise for Frankie Edgar and I’m on his hype-train, as well. Coming off a devastating 13-second knockout loss to the featherweight champion, Aldo won’t look the same he did during his impressive title run. Edgar will do what “The Notorious” did last year — score a vicious knockout win in the first round over Aldo.

Win or lose, should this be Takanori Gomi’s last fight in the UFC?

MS: Yes. And he will lose. Cuz Miller is GOAT.

JB: We all saw how Gomi’s last fight went. That’s all that needs to be said.

JS: If Takanori Gomi gets knocked out again or is significantly rocked within the 15-minute fight frame, yes. He hasn’t had a resounding win since the start of the last U.S. presidential term. That’s a hot minute, right there.

NB: Yeah, probably. But hey, it’s Takanori Gomi. I’d be fine if he continues to compete, to be completely honest. WAR GOMI!

Did Daniel Cormier have any chance of beating Jon Jones? If so, what would be his approach to this fight?

MS: DC had a shot. His approach should be to become pregnant beforehand, and flush cocaine down the toilet right in front of Jonathan. That is sure to boil Jon’s blood, get in his head, and earn the victory for Momma Daniel.

JB: The only thing going for Daniel Cormier was the fact that his teammate Cain Velasquez was fighting on the same card. If he could ride off that high, then he may have had a chance. However, I feel that Cormier is still an emotional roller coaster when it comes to Jon Jones, and he will let those emotions takeover. Jones would still win this one hands down.

JS: Daniel Cormier absolutely had a chance of beating Jon Jones. That said, I wouldn’t have placed money on it.

NB: I don’t think so. Jones would have looked even better than he did in January 2015, and dominate “DC” even more. Cormier needs to close the distance, but I still truly believe Jones is better everywhere, and would still walk away the UFC light heavyweight champion.