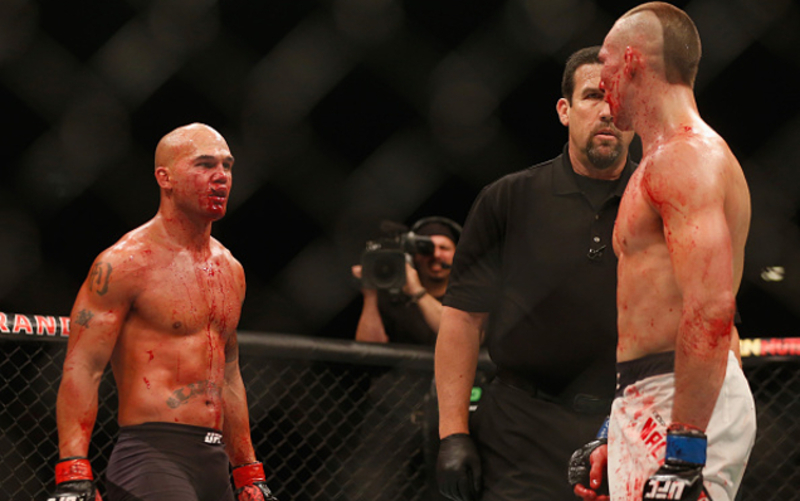 “Ruthless” Robbie Lawler’s earned a fifth round UFC knockout victory against Rory McDonald at UFC 189 in 2015’s fight of the year.  The Welterweight champion looks to defend his title against Tyrone Woodley at UFC 201 in Atlanta, Georgia on July 20th. 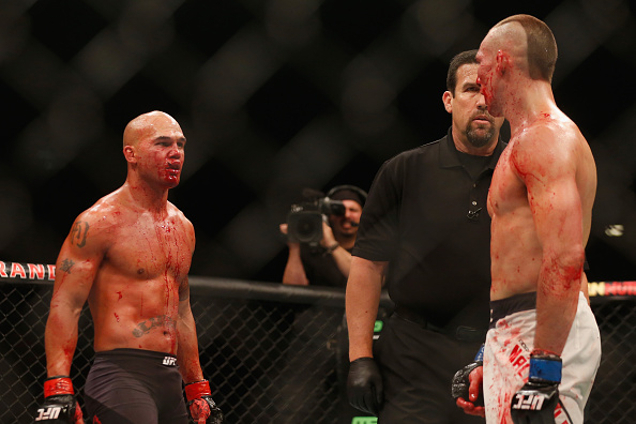 Robbie Lawler (L) and Rory McDonald (R) stare each other down in their UFC welterweight title fight during the UFC 189 event inside MGM Grand Garden Arena on July 11, 2015 in Las Vegas, Nevada. (Photo by Zuffa LLC / Getty Images Sport)