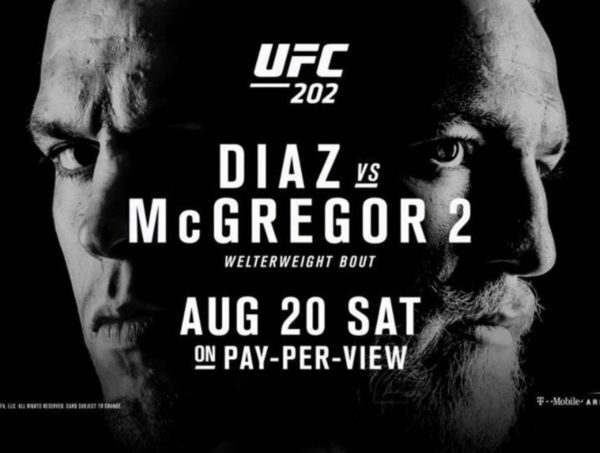 Part 2 – X-factors & keys to victory.  In part two, we look at all the important intangibles going into the fight and how they may impact the outcome.  McGregor vs Diaz II is shaping up to be the biggest fight in mixed martial arts history.  All of this and more inside the video below:

My media journey began as a color commentator for the Windsor Express as part of the National Basketball League of Canada. The start of the 2015/16 season,  marked my third year with “Noxtrom Digital Media” and the NBL Canada.  I’m also the Host and co-producer of “NBL Canada Live this Week”, the leagues official podcast.

I am a retired mixed martial arts competitor. I retired with an overall record of 10-7 between amateur MMA, amateur kick boxing and pro MMA.  I received “fight of the night” honors once and posted a 12 second knock out in my amateur career. My mixed martial arts competitive journey didn’t end the way I would have wanted, but life took some tough turns pushing me in another direction. In June of 2015, I launched “Kobes Korner sports & media podcast”.  Since starting this venture, I have found a place as an aspiring MMA analyst.

My YouTube channel contains in-depth pre/post fight breakdowns, interviews with your favorite fighters, as well as other sports and media projects. Kobes Korner is featured on mma sucka and fight book mma.  If you are interested in being a guest on Kobes Korner or becoming a sponsor, please get in touch with me through the “contact” section of this website.

If you like my work, don’t forget to subscribe on YouTube to support my dream. Kobes Korner is proud to be, the #1 podcast in Windsor Ontario, bringing you the absolute best in sports and media podcasts.