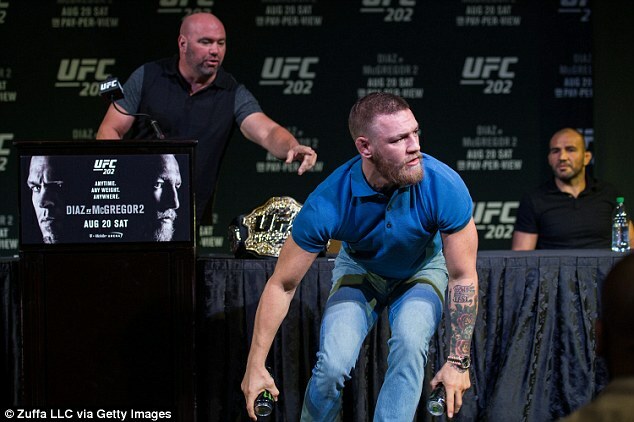 When Conor McGregor steps into the Octagon against Nate Diaz at UFC 202, the Irishman is fighting for more than just redemption. Coming off the back of his first defeat in 15 fights, and first inside the UFC’s Octagon, the reigning featherweight champion knows this fight could well decide which direction his career will go from here.

Is UFC 202 a must win for Conor McGregor?

Win and avenge his defeat to Diaz, McGregor will be able to rightfully call himself the king of the sport, picking up the remarkable momentum he was enjoying before his loss at UFC 196. Lose again, though, and the aura with which McGregor has surrounded himself will be no more, and there will always be an asterisk next to the Irishman’s remaining career.

Heading into the fight, it’s fair to say the fans and experts are split on which way this one is going to go. While McGregor was the firm favourite going into UFC 196, due mainly to the fact his opponent took the fight on just two week’s notice. The Dubliner had also done everything asked of him since joining the organisation, dismantling all of his opponents, most recently the best pound-for-pound fighter – and it was hard not to believe McGregor when he said Diaz would be just another man to fall at his hands.

What the world had appeared to have forgotten, however, was the small matter of Nate Diaz. While the lesser-known Diaz brother had suffered a number of defeats during his long career, even more of his appearances inside the UFC Octagon had ended with the Stockton fighter having his hand raised. As well as being one of the toughest men in the sport, Diaz also boasts one of the most rounded skill-sets in the UFC – and it was his jiujitsu that ultimately brought a crushing end to McGregor’s winning run inside the organisation in the second round.

Looking at the Conor McGregor betting as we prepare for UFC 202, the fact the Irishman is currently priced at 4/5 while Diaz is at evens shows just how close a fight this could be. Now both with full training camps behind them, we’re about to witness a fight between two men that have been specifically training for this moment for months.

While Diaz is currently riding the crest of a wave, a defeat would only open up the prospect of a third fight between himself and McGregor that would earn him millions. For McGregor, meanwhile, a second loss to Diaz would see him forced to return to the featherweight division with his tail somewhat between his legs, from where he would have to try and rebuild himself and his whole image.

With such high stakes on display, UFC fans can expect to see one of the most exciting and important fights in recent memory. While McGregor fights are always special events, this feels unique. No longer are we viewing the Irishman as an unbeatable force. Instead, we’re looking at a man who we know is human, and one a lot of people will be hoping levels up this particularly intriguing rivalry.