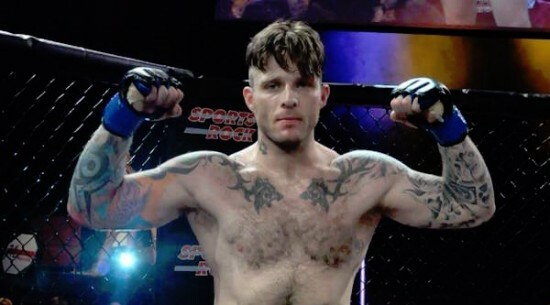 Just one day before the UFC Octagon returns to Vancouver, Canadian hopeful Adam Hunter, who was expected to make his debut was removed from the fight card due to a potential USADA violation.

His UFC Fight Pass prelim bout against fellow debutant Ryan Janes will be removed from the card altogether. The Zuma product, Janes, will still get his show money according to UFC officials.

UFC officials announced the removal on the UFC website.

“The UFC organization was notified today that the U.S. Anti-Doping Agency (USADA) has informed Adam Hunter of a potential Anti-Doping Policy violation stemming from an out-of-competition sample collection on August 11, 2016.

However, because Hunter was scheduled to compete against Ryan Janes this coming Saturday, August 27 in Vancouver, British Columbia, there is insufficient time for a full review before the scheduled bout and therefore the fight has been removed from the fight card.

Consistent with all previous potential anti-doping violations, additional information or UFC statements will be provided at the appropriate time as the process moves forward.”