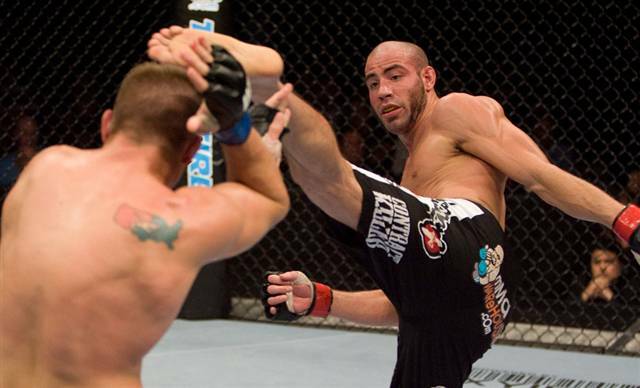 It was a short separation for Ben Saunders and the Ultimate Fighting Championships. Saunders took to Twitter this evening to announce his return to the preeminent mixed martial arts organization tonight. This follows a 17 second victory over fellow UFC veteran Jacob Volkman at a Fight Night on the Island event on September 9th of 2016.

We back on that @ufc roster!

Ben Saunders re-signs with the UFC

Ben “Killa B” Saunders returns to the Octagon with a record of 20-7-2, with his last UFC fight being a losing effort against Patrick Cote. This went down at UFC Fight Night 82 on January 17th, 2016. A new bout for the TUF 6 veteran has yet to be announced at this point.