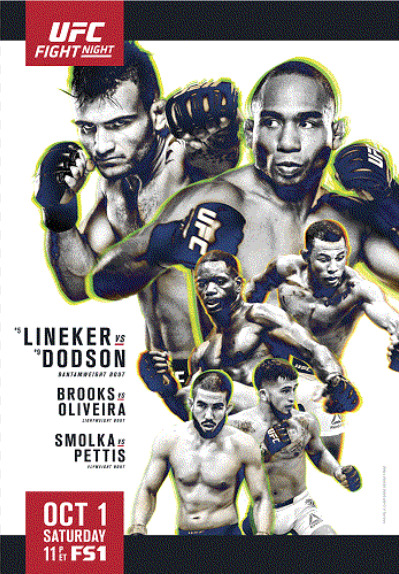 Some fighters just don’t understand how a poor choice in walkout music can impact their brand. Picking a song that many people already use is one poor choice.

Another is using a song that just sounds generic. The last cardinal sin of walkout music is to choose something that is counter-intuitive to the image you try to present. This is where I step in as MMASucka.com’s resident board-certified musicologist. I am here to help you, and ideally the fighters spotlighted within, to see new tunes that may potentially help them stand out at UFC Fight Night 96.

What He Walked Out to Last: “Children of the Night” – Kids Next Door

What He Should Walk Out to Next: “Da Mystery of Chess-Boxin'” – Wu-Tang Clan

I know John Dodson doesn’t always come off as the most serious guy, but still… That’s not an excuse to walk out to lame, modern white-boy rap. Kids Next Door are Macklemore without the klezmer samples, which is even worse than you’d think. You can keep it easy and still come ready to go. That’s practically a hallmark of the Wu-Tang Clan, after all. Indeed, that is why I’m suggesting “The Magician” make the switch and make his way to the cage to something straight from the 36 Chambers. Check it below.

What He Should Walk Out to Next: “Perseverance” – Hatebreed

At UFC 198, Nate Marquardt walked out to the slow, mopey, psuedo-inspirational EDM of NF, and moved to 1-3 in his last four fights. That’s right, he lost to Thiago Santos. Now, while we must admire his persistence, it is perfectly justifiable to think that maybe Nate needs something to properly pump him up for battle. That’s where Hatebreed’s aptly named “Perseverance” comes in. Listen below.

Edit: It was brought to my attention that Bobby Green was pulled from this card with such little fanfare that most sites didn’t even update the line-ups. As such, he has been replaced on this edition of the Walkout Consultant and Bobby Green will be featured here the next time he fights.