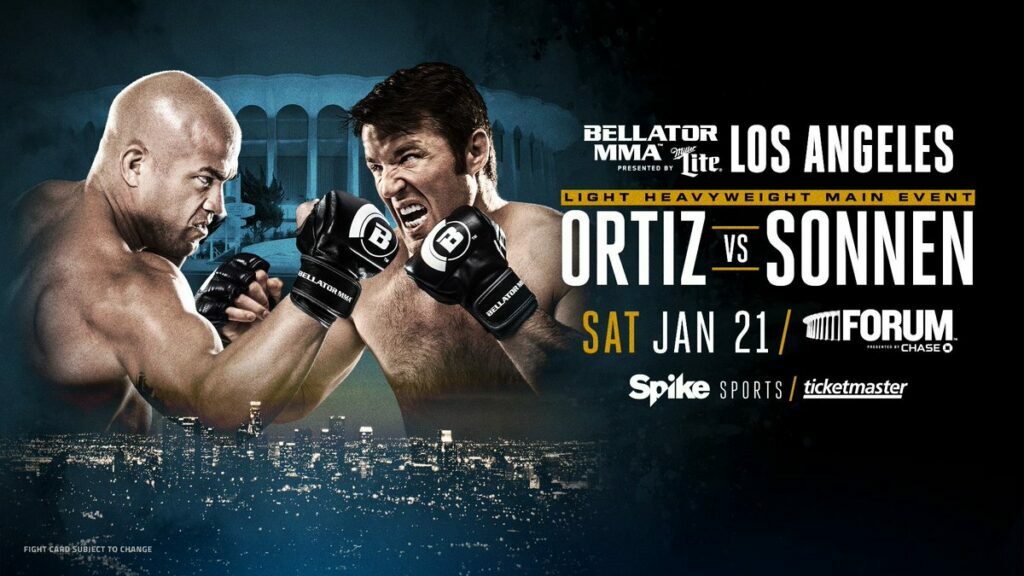 Bellator has announced a blockbuster light-heavyweight main event between Tito Ortiz and Chael Sonnen for their first show of 2017. “The Huntington Beach Bad Boy” will take on “The Bad Guy” in California.

The bout was announced late Tuesday night on SportsCenter.

Ortiz (18-12-1) will come into the bout having not fought in about 16 months. He boasts a record of 2-1 in the Bellator cage, with his last outing being a first round submission loss to light heavyweight champion Liam McGeary. Prior to this, the former UFC light heavyweight title-holder picked up victories over fellow UFC veteran; Stephan Bonnar, as well as former Bellator middleweight champion Alexander Shlemenko.

‘Bellator 170: Ortiz vs. Sonnen’ will take place at The Forum in Inglewood, California on January 21, 2017. More bouts will be announced in the coming weeks and months.