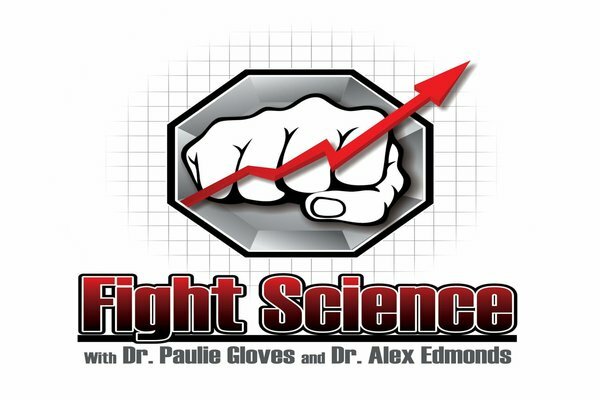 Cus D’Amato, famed boxing trainer of Mike Tyson, once said “When two men are fighting, what you’re watching is more a contest of wills than of skills, with the stronger will usually overcoming the skill. The skill will prevail only when it is so superior to the other man’s skill that the will is not tested.” This statement reminds us of the concept known as “grit.” While around for decades and used interchangeably with adjectives like “toughness” and “backbone,” grit has recently received lots of attention since Angela Duckworth’s TED Talk on the topic. Though most of the attention has been in relation to building grit in students, we have also read some pieces on grit directed towards employees as well.  If one wanted to observe grit on display, they would need to look no further than combat sports like MMA.

We believe the MMA fighter epitomizes the concept of grit, particularly a fighter who’s made it to the heights of the UFC. If you were fortunate enough to watch Nate Diaz versus Conor McGregor II, you witnessed the embodiment of grit as both fighters struggled to impose their will on one-another. But what is grit?  Where can one find it? Is it a trait people are born with?  Or if one repeats to them-self “I think I can, I think I can,” will that make them gritty? Can telling people to be “grittier” help them to be? Unfortunately, some people seem to believe so.

The dictionary defines grit as courage and resolve; strength of character. The Journal of Personality and Social Psychology, (Dukworth 2007) defined grit as perseverance and passion towards long-term goals. While this makes good sense, we do not believe it quite captures the scope of grit. The concept of grit may need to be redefined, and the foundation examined through a conceptual lens employed by behavioral scientists such as B.F. Skinner and Albert Bandura.  From a behavioral perspective, grit is an observable set of behaviors maintained under specific conditions over a relative amount of time. Grit is directly proportionate to the complexity, or adversity, of conditions required to endure a challenge or reach a performance goal. Grit (as we are defining it) can be systematically developed, or it can happen incidentally as fighters are “thrown” into sink-or-swim situations. As these fighters achieve or endure, their grit is strengthened.

We believe that grit might be best conceptualized as simply an outcome produced by the combination of concepts such as confidence and endurance (behavior that continues beyond the norm under adverse conditions with relatively little reinforcement). This certainly warrants further research.

How is Grit Developed?

Let’s relate the concept of grit to high-level MMA fighters. Experienced MMA fighters will have developed confidence over the years based on many victories and successes from actual fights and quality training camps. They also get their confidence boosted from supportive trainers and coaches, observing other fighters gain success, and having deep insight into their own mental and physical strengths. Once confidence is enhanced, it spurs motivation to endure, to achieve, and become better. In other words, fighters learn to “embrace the grind” or become “King of the Grind” as Daniel Cormier  has commented. With that said, confidence is a major component of grit.

We would also suggest that grit can be observed in relation to self-control (behaviorally speaking, choosing a larger delayed consequence over a smaller more immediate one) as it applies to long-and short-term goals. The diligent pursuit of long-term goals, as suggested by Duckworth, is one measure of grit, not the measure.  It seems to us that the greater the adversity a fighter experiences to accomplish a goal, the “grittier” the fighter should be considered. Moreover, fighters who push through situations even when they are unsure they will be successful are in essence displaying grit. While physically taxing, it’s mentally easier to push forward when the conclusion is foregone.  In other words, when a situation may not really be a challenge, just a time commitment, this is more a measure of endurance and not grit.

Adversity introduces a man to himself – Albert Einstein

In education and sports, we wear our coach’s hat daily.  We pursue our own goals, one of which is to help those around us reach personal and organizational targets. As such, we are constantly observing and measuring to recognize growth and find opportunities to facilitate it. Through our interactions across different fields, we observe what we perceive to be grit present itself in different shapes and forms. As a professional boxing/MMA coach, and sports psychologist, respectively, we see grit manifest itself many times over the course of a training camp as we’ve witnessed seasoned fighters who, caught in compromising positions, struggle successfully to fight through submissions attempts.

In contrast, we’ve observed less skilled or “green” fighters, caught in the same position, fail to prevail after a brief struggle and summarily “tap out.” Both situations are linked to grit. The professional fighter is likely experiencing an outcome resulting from the development of grit. The “green” fighter may be in the early phases of grit development.

How can coaches help enhance their fighters’ grit? Smart coaches and teams should seek to foster grit in their fighters, not throw them into deep waters to see if they possess grit. Fighters at all levels on any team who are shown how to incrementally and successfully complete meaningful tasks will develop more confidence in a given task. As we mentioned, confidence is a key component to grit. When tasks are linked to goals, and goals eventually accomplished, confidence is strengthened.  As this belief is strengthened through mastery experiences, so is grit as it is applied to overcome adversity.

In fight camps, grit becomes evident as “the going gets tough, the tough get going.” The “green” fighter who once tapped out quickly when placed in a compromising position, now fights a little harder and a little longer to escape after successfully escaping one time, or at least delaying the submission attempt. This is grit in action, as the fighter’s belief in his skills and ability to delay immediate gratification (i.e. self-control) grows through these reinforcing experiences (i.e. holding out longer or actually successfully escaping).

Keep in mind that mastery experiences are not just gained in fights, but through the quality of training camps and the meaningful steady feedback from coaches and trainers. In addition, the fighter who works mentally to strengthen his or her mind through active visualization exercises will also develop resiliency and grit. For instance, Ronda Rousey lost in shocking fashion.  The impact of the loss on her mentally may be a measure of her grit. The measure of her grit might be determined later this year based on her performance in her pending fight at UFC 207 with Amanda Nunes. With good coaching and successful training experiences, her confidence might be rebuilt.  Within these experiences her grit can be restored.

Under these conditions, the most experienced coaches would seek to structure training sessions with three targets:  (a) skill and (b) confidence development and (c) goal attainment. Rousey needs to have her confidence rebuilt (successive mastery experiences in training camp and intense mental practice). She should then be progressively thrown in to deeper waters with appropriately defined process goals to develop grit. If deeper waters are avoided, false confidence will be developed, not grit.  If she is thrown into deep waters too soon her confidence will be compromised. Consequently, the development of her grit will be compromised as well.

The Formula for Developing Grit

What’s most important in relation to this concept is to determine how to build a fighters ability to overcome adversity under varying conditions. As such, more focus should be placed on helping fighters systematically develop confidence, and self-control, utilizing concepts rooted in the science of human behavior.  There are four essentials to developing performance and fostering grit.  These include:

As we’ve written about in other articles, developing successful performance also requires deliberate practice. Below is a guide for differentiated training geared specifically toward shaping a fighter’s proficiency, performance, and grit.

Remember, differentiation is a way for coaches to develop performance through deliberate practice routines. Differentiated training can be used when developing all aspects of MMA (e.g. grappling), not just striking as illustrated above. As fighters perform better, the competition and challenges should be systematically intensified. When the fighter experiences success, grit is progressively developed.  As fighters become grittier, their potential for winning is greatly expanded!