How does UFC 205 stack up against Madison Square Garden’s best? 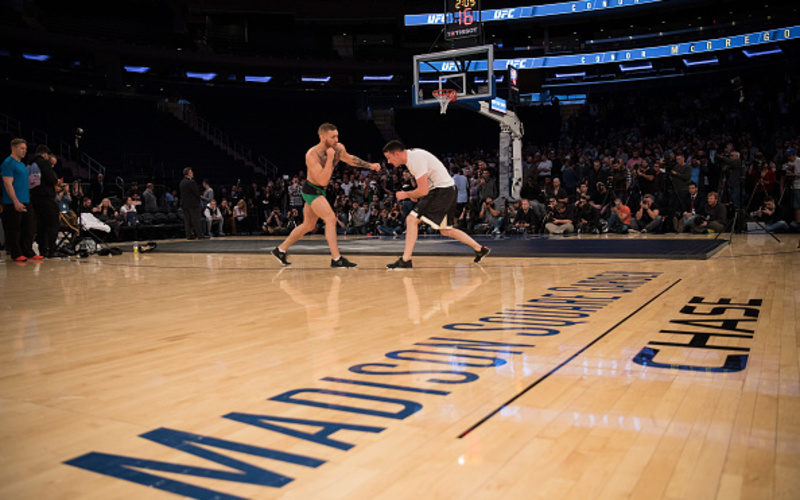 It took nearly 20-years for MMA to finally become legalized in New York City. And on Saturday November 12, the UFC will make it’s debut at the mecca of sporting arenas–Madison Square Garden.

A UFC event at MSG is something that stirs up media feathers around the world, but just how does it stack up against some of the other monumental moments that have hit The Garden?

How could you top this? The doors to the historic MSG open on May 31, 1879. Currently sitting on its third rendition, the original Garden sat on 26th Street & Madison Avenue. Just 11 years later, they rebuilt it in the same location. In 1925, the world famous arena moved uptown to Eighth Avenue between 49th & 50th Streets. The current location opened in 1968 and has housed some of the most famous acts in music, theater, and sports entertainment.

The arena is home to a number of New York sports teams including the NBA’s New York Knicks and NHL’s New York Rangers.

The most anticipated sporting event to hit MSG was set, as an undefeated Muhammed Ali would square off against the undefeated world heavyweight champion–Joe Frazier. Ali was dropped by Frazier in the 15th round and handed his first loss.

The first ever Wrestlemania was brought to New York’s Madison Square Garden, and it was epic. Hulk Hogan tagged up with Mr. T and took on “Rowdy” Roddy Piper and “Mr. Wonderful” Paul Orndorff in the main event. The aformentioned Ali was the special guest referee, and celebrities galore were in attendance for the largest sports entertainment spectacle of its time.

Despite being always considered an Edmonton Oiler, Wayne Gretzky finished off his NHL career with the New York Rangers. Gretzky is widely regarded as the best player to ever play the game of hockey and recorded 2,857 goals over the course of his career. MSG was the spot that “The Great One” decided to hang up his #99 jersey, which will never be worn by another NHL player.

12-12-12 was a relief fundraiser for Hurricane Sandy and raised over $50 million for those affected by the devastating storm. This fundraising concert was the largest event ever staged at Madison Square Gardens and included Bon Jovi, Dave Grohl, Billy Joel, Alicia Keys, Bruce Springsteen, Eddie Vedder, The Who, Paul McCartney and many more.

If anything, the above events prove how magnificent an arena MSG truly is.

UFC 205 will leave its mark on The Garden, and we will truly know how it stacks up against the other great shows and sporting events after the main event between lightweight champion Eddie Alvarez and featherweight champion Conor McGregor is over and done with.

The event is being called by many the most stacked fight card in UFC history–heck in MMA history. So if it does live up to expectations then it will be serving its place as one of the great spots in Madison Square Garden history.