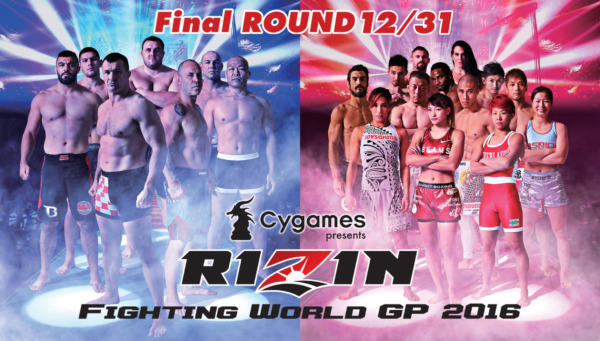 RIZIN is back with event #2 of their year-end shows tonight!

We will see the conclusion of the 2016 open weight tournament following the quarter-finals taking place yesterday morning. Mirko Cro Cop returns from stopping Bellator fighter & former Strikeforce champion “King Mo” in the second round. He will face Baruto Kaito who beat Tsuyoshi Kosaka to advance to the semi-finals. The second semi-final will feature Amir Aliakbari following his win over Heath Herring. He takes on Team Fedor’s Valentin Moldavsky. The winner of those two will face each other in the main event tonight. Another Team Fedor fighter, Vadim Nemkov, will be on site as a replacement for the tournament if necessary. He earned a quick KO vs. Alison Vicente to earn the spot.

Also on the card in non-tournament fights: Kron Gracie will take on the debuting Japanese MMA legend Tatsuya Kawajiri. Veteran of over 60 fights Hideo Tokoro takes on prospect Asen Yamamoto in what will only be his third professional outing. Exciting women’s fights featuring Miyuu Yamamoto & Andy Nguyen as well as Rena Kubota & Hanna Gujwan will take place early, as well as quite the freakshow match-up between Gabi Garcia and Yumiko Hotta. Hayato “Mach” Sakurai and Kizaemon Saiga also return to action on the card. In a last minute addition; 18-year-old striking prodigy Tenshin Nasukawa will face Dylan Oligo. Nasukawa just won yesterday morning against Nikita Sapun. He asked to be given another fight on this card, and he got it.