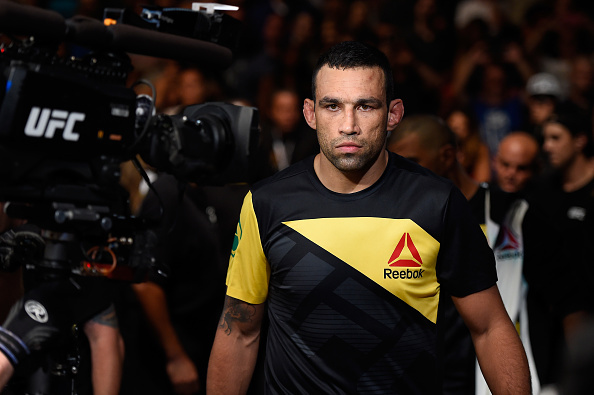 UFC 211 in Dallas has reportedly received its second bout in the form of top ten heavyweights Fabricio Werdum and Ben Rothwell. If reports from Brazil are correct, this will join the heavyweight title fight between Stipe Miocic & Junior dos Santos as the only fights announced for the card.

Globo was first to report the bout. The two were supposed to fight at UFC 203 before Rothwell pulled out with an injury and was replaced by Travis Browne.

Rothwell presented a challenge to the former heavyweight champion late last month, and yesterday confirmed he would have a fight announced ‘soon’.

Mr. @FabricioWerdum I don't think your getting the next title shot,and you may know I'm right. You and I fighting now makes the most sense

Werdum (21-6-1) enters the fight coming off a unanimous decision win over Travis Browne at UFC 203. He was set to have a rematch with Cain Velasquez at UFC 207 in late-December, but the bout was scrapped after Velasquez was pulled due to medical reasons.

Rothwell (36-10) will be returning to action after 13 months of inactivity following a relatively one-sided decision loss to former champion and future title challenger Junior dos Santos. Prior to that, he had won four-straight, including finishes over Alistair Overeem, Josh Barnett, and Matt Mitrione.

‘UFC 211: Miocic vs. dos Santos 2’ is set to take place on May 13 at the American Airlines Center in Dallas, Texas. It will be headlined by a heavyweight title bout between Stipe Miocic and Junior dos Santos in a rematch of their 2014 FOTY contender. Dos Santos won the first meeting via hard-fought decision.