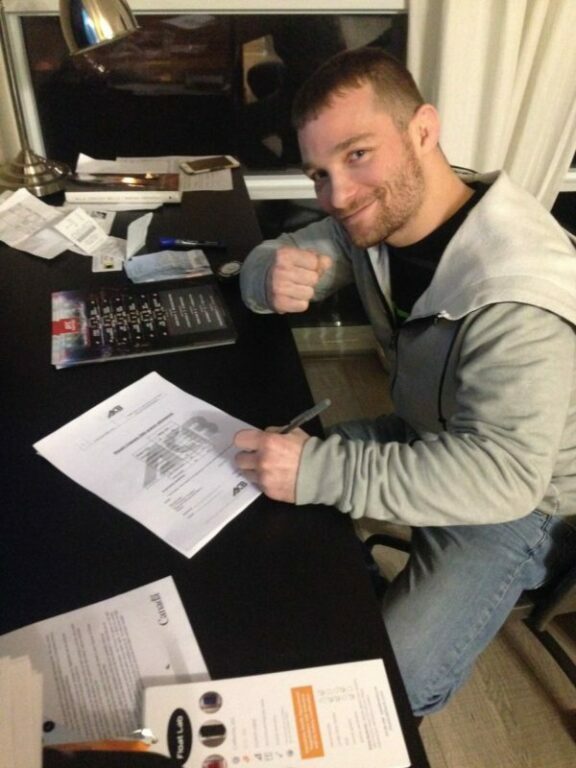 Zach Makovsky has signed with ACB

The news was announced via Empire Sports Management on Twitter.

Makovsky (19-8) entered the UFC in 2013. In 2011, Makovsky won the Bellator MMA bantamweight title before losing it the next year to Eduardo Dantas. In 2013 he moved to the flyweight division, beating Claudio Ledesma in CFFC. A few months later in the same year, he was granted a flyweight title opportunity under the RFA banner. He defeated Matt Manzanares to claim the title.

Less than a month after winning the RFA title, Makovsky signed with the UFC and upset Scott Jorgensen. Early in 2014, he picked up his second UFC win, beating Josh Sampo. Makovsky then went on to challenge Jussier Formiga in Brazil but lost. He successfully rebounded against Tim Elliot before losing three straight. After losses to John Dodson, Joseph Benavidez, and Dustin Ortiz, Makovsky was promptly released from the promotion.

At the time of his release, Makovsky was the #13 ranked flyweight contender.

His ACB promotional debut has not been announced at this time. The deal is for three fights.