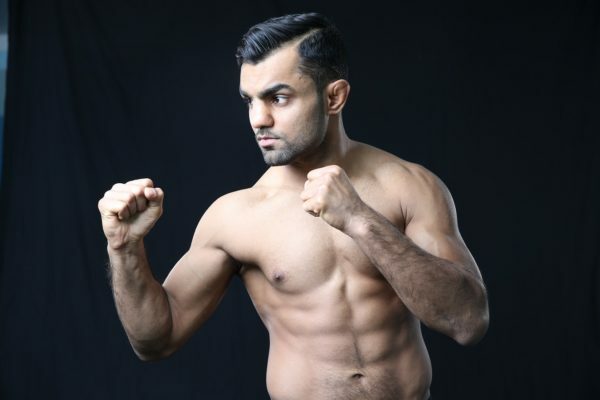 Brave Combat Federation which is the largest Mixed Martial Arts promotion in the Middle-East, have announced $2 million USD worth of investment plans for India. The Bahrain based mixed martial arts promotion have been on a constant expansion phase with signing global talent and expansion projects to Europe, India and Brazil. The Bahrain based promotion signed four more Indian athletes to expand their roster which includes athletes from 21 different nations from around the world. The existing contracts of Indian mixed martial artists were extended with global opportunities and possible business opportunities with Brave Combat Federation. The latest talent signed with Brave Combat Federation include Pawan Maan Singh, Bharat Khandare, Hardeep Rai and Chaitanya Gavali.

“Brave Combat Federation is committed to provide global opportunities for Indian athletes and will invest in the growing Indian market. We have faith in these athletes that they will deliver the best in a global platform. Their level of training and commitment is at par with global talent and this has opened up more business opportunities in India where mixed martial arts is growing exponentially. The talent we have signed so far to the Brave roaster is experienced and can influence the sport progressively. We are certain that they will be ideal role models and mentors for future Indian talent in a sustainable way. We believe this is and this is indeed where we must invest. We are growing at a momentum no other promotion can claim about and the pace will only increase.” said Mohammed Shahid, President of Brave Combat Federation at the Press Conference held at Curitiba, Brazil.

Previously Brave Combat Federation had signed Gurdarshan Mangat, Abdul Muneer, Atif Mohammad, Mohammed Farhad and Suny Khatri. Brave has already announced Indian fighters will be a part of their upcoming promotions that will take place in Brazil and Abu Dhabi. This is for the first time in the history of MMA that Indian athletes are signed under a global promotion.
Gurdarshan Mangat
Gurdarshan “Saint Lion” Mangat is one of the most prolific names in Indian MMA. He trains in Tristar Gym in Canada and has already made his name in global MMA with an impressive (9-1-0) record. His association with Conor McGregor and celebrities such as Russel Peters makes him one of the most recognizable names in Indian MMA in Canada. He made his mark at Brave 2 in Bahrain with a TKO victory.
Abdul Muneer
Abdul Muneer is one of the most recognized veterans in Indian MMA. He had not only fought uphill battles with global talent including former UFC fighters but also had been a multiple time State Champion in Boxing. He is the second MMA fighter next to Atif Mohammed to become a part of KHK MMA Team. He enjoy his celebrity status also due to starring in regional films including the Kannada sleeper hit Boxer (2014) and his role as a social activist.
Atif Mohammad
Atif Mohammad was one of the first fighters to be part of the KHK MMA Team and the first Indian to get the accolade. He has one of the best amateur records in Indian MMA and had been training with Bahrain MMA, 10th Plannet MMA and Team Hurricane Awesome. He has competed in Brave: The beginning against fellow Indian Suny Khatri from Team Relentless to score a decision victory.
Mohammed Farhad
Mohammed Farhad (8-2-0) is one of the best pound for pound fighters India has ever produced. He is a leading competitor in the feather weight division. Currently signed under Brave Combat Federation, he have a strong fan following in India. With 8 TKOs he is reigning the cage as one of the most lethal exports from Indian MMA.
He is one of the few Indian fighters to have trained under the Legend and Hall of famer Royce Gracie. His kickboxing skills were buffed under the legendary coach Mike Passienier who trained Badr Hari, Alistair Ovreem, Gokhan Saki and Melvin Manhoef.
Pawan Maan Singh
Pawan Maan Singh (4-1-0) one of the breaking stars of Indian MMA and was one of the top fighters in the Super Fight League. He was the first local athlete to win belts in two different weight classes in the national circuit. Pawan Maan Singh was the former Super Fight League welterweight and lightweight champion. He is also a Professional Boxer signed alongside Olympian Vijender Singh by IOS.
Bharat Khandare
Bharat Khandare (5-1-0) is one of the breaking stars in Indian MMA and the first to be invited to UFC. He trained in Jackson Wink MMA alongside legends Jon Jones.
He is one of the latest talent from India to have signed with Brave Combat Federation. Bharat Khandre upheld his legacy with a victory over Kazuhisa Watanabe at the new Japanese fight show “Ganryujima” promoted by Sadaharu Tanikawa, a former producer and executive with K-1.
Hardeep Rai
Hardeep Rai is the first amateur fighter of Indian origin to win a bronze at the IMMAF – 2016 IMMAF World Championships. He will be making his pro-debut with Brave Combat Federation. The highly experienced amateur martial artist
Chaitanya Gavali
Chaitanya Gavali (6-3-0) is a highly experienced mixed martial artist who had fought in Super Fight League, Kunlun Fight MMA, Yoddha Fighting Championship and WSOF.
He is one of the pivotal members of Team Relentless coached by ace Jitendra Khare. He is the first, Indian MMA fighter to hold two titles on foreign soil. Chaitanya was also one of the two fighters to represent India at the inaugural World Series Of Fighting Global Championship in China. Though known and feared for his striking abilities across South East Asia, Chaitanya is also a Purple Belt in BJJ making him one of the highest ranked BJJ practitioners in the country.
Suny Khatri
Suny Khatri (2-1-0) is one of the rising talent in Indian MMA with a strong amateur record and fighting as a part of Team Relentless. He is one of the best submission artists adept in Brazilian Jiu Jitsu in the amateur MMA.
MAIN IMAGE: