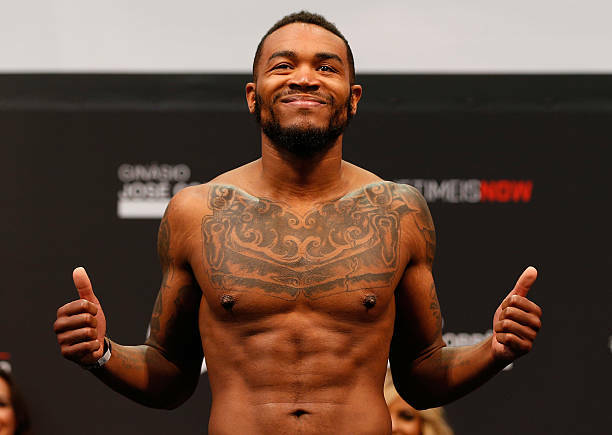 Chris Honeycutt was set to face Kendall Grove in the co-main event of Bellator 174 this Friday but was forced to pull out of the bout due to injury. Taking his place will be streaking UFC-veteran Mike “Biggie” Rhodes.

The new bout was announced by MMA Junkie late Tuesday.

Rhodes (10-4) has won four-straight fights over the span of a year and a half since his UFC release. Typically competing as a welterweight, Rhodes submitted Rakim Cleveland to win a middleweight title at Victory FC 51 in his most recent outing. Prior to this, Rhodes had picked up two wins under the NAFC banner. He even traveled to Canada to take out Taki Uluilakepa in Prestige FC’s debut event.

Grove (23-16, 1NC) enters the contest this Friday after a brutal KO loss to former champion Alexander Shlemenko in the Bellator 162 main event. Prior to this, he had knockout wins over Francisco France and former heavyweight Joey Beltran.

Bellator 174 is set to take place on March 3 at the WinStar World Casino in Thackerville, Oklahoma.