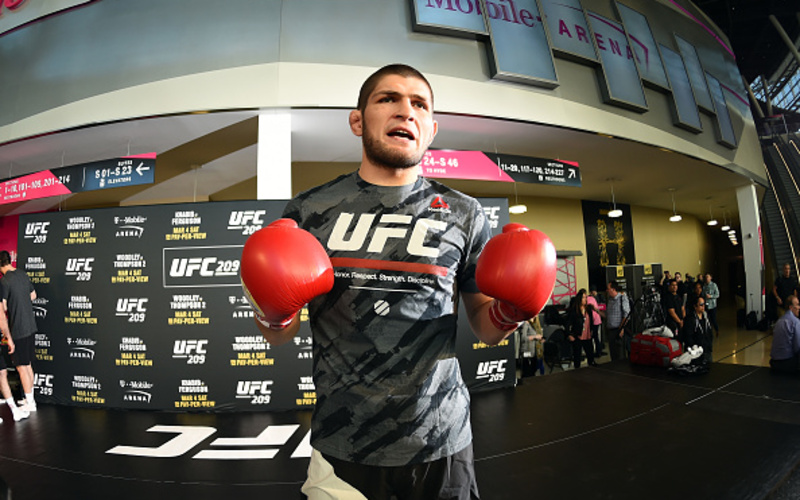 A late devastation struck tomorrow’s UFC 209 card. Khabib Nurmagomedov is out of his interim lightweight championship bout with Tony Ferguson due to an illness.

Per a statement released by the UFC:

“UFC lightweight Khabib Nurmagomedov was transported to Sunrise Hospital & Medical Center Thursday evening due to weight management medical issues. He was treated and has been discharged, UFC officials confirmed.

The scheduled interim lightweight championship bout between Nurmagomedov and Tony Ferguson at UFC 209 has been cancelled on the doctor’s recommendation.”

The highly anticipated co-main event was to be the penultimate bout on a pay-per-view card led by the rematch of welterweight champion Tyron Woodley and challenger Stephen Thompson.

Ferguson tweeted a classy message to Nurmagomedov, wishing him well.

@TeamKhabib I Hope U Feel Better Khabib, I Pray For Your Recovery, I Mean It, Get Better #Road2Gold #TonyFergusonMMA #UFC209 @ufc @danawhite

In a statement to MMAFighting.com, Nurmagomedov’s manager, Ali Abdel-Aziz, provided an update on his fighter’s health, as well as an apology to his opponent.

“I feel bad for Tony and his camp, I really do.

“The most important thing right now is Khabib’s health. He’s currently resting in his room. We’re not thinking about what’s next at this time.

“I want to sincerely apologize to Tony, his team, the UFC and the fans. We were all looking forward to this fight very much.”

The winner of the Nurmagomedov-Ferguson fight also would have set up a potential lightweight title unification bout with the division’s champion, Conor McGregor.

A bout from the preliminary card will likely be elevated onto the fifth pay-per-view slot, joining: