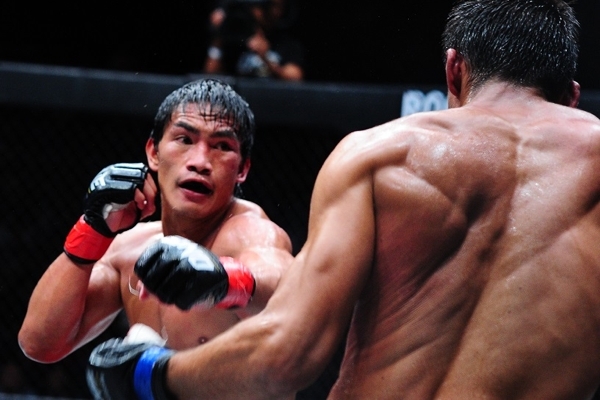 Manila, Philippines: The largest sports media property in Asian history, ONE Championship™ (ONE), has just announced its return to Manila on 21 April to hold its tenth event on Philippine shores. The 20,000-capacity SM Mall of Asia Arena will play host to ONE: KINGS OF DESTINY, which promises another evening of world-class mixed martial arts action that fans around the globe should not miss. Headlining the card will be ONE Lightweight World Champion Eduard “Landslide” Folayang of the Philippines, who will defend his belt for the first time against Malaysia’s Ev “E.T.” Ting.

Ticket information for ONE: KINGS OF DESTINY is available at www.onefc.com

Victor Cui, CEO of ONE Championship, stated: “It is always an amazing time when ONE Championship is in Manila, because Filipino fans are so intensely passionate about the sport of mixed martial arts that the atmosphere in the SM Mall of Asia Arena just hits a fever pitch. We can’t wait to be back in April as our team has prepared an incredible main event for the organization’s return to Manila. The Philippines’ beloved hero Eduard Folayang will defend his ONE Lightweight World Championship against Malaysian superstar Ev Ting.”

Eduard “Landslide” Folayang of the legendary Team Lakay in Baguio City is one of the Philippines’ most experienced mixed martial artists. After nearly a decade of competing in various promotions, Folayang has amassed an impressive 17-5 mixed martial arts record. The 33-year-old veteran has authored a career resurgence in 2016, winning three consecutive matches against high-profile opponents and showcasing a highly-improved wrestling and grappling offensive arsenal. In his last bout, Folayang shocked the world by capturing the ONE Lightweight World Championship belt with a sensational victory over Japanese legend Shinya Aoki. He will be making his first title defense against Ev Ting.

Eduard Folayang, ONE Lightweight World Champion, stated: “Winning the title against a legend like Shinya Aoki will forever hold a special place of distinction in my career, but it is only the first step in establishing my legacy. Before champions are recognized as greats and legends of the sport, every single one of them faced contenders that challenged their prowess as champions. In April, I will have the opportunity to show the world why I hold my coveted title.”

Folayang added: “I know how exceptional Ev Ting’s talent is. I am in a tough preparation for this bout. This will be my first fight in the Philippines since December 2014. I don’t want to let my countrymen down. I will make sure that the belt stays in the Philippines.”

Ev “E.T.” Ting is a mixed martial artist of Malaysian heritage. He lives and trains out of Auckland, New Zealand, and owns a stellar 13-3 win-loss record so far in his professional career. A winner of his last four bouts over top-caliber foes, Ting is one of the most talented mixed martial artists to come out of Malaysia. Eight of his 13 victories have come by exciting finish, including four submissions and four knockouts. Ting secured a date with Folayang when he notched a split decision win over former title challenger Kamal Shalorus last February.

Ev Ting, the challenger, stated: “I have worked tirelessly to be where I am now. It has finally paid off because I will get an opportunity to vie for a world title. It’s every mixed martial artist’s dream to become a champion. This is my chance to fulfill that dream. Eduard Folayang is a great champion and is admired by many Filipinos, but he has what I want. I’m coming to Manila to get it from him and bring the belt home to Malaysia.”