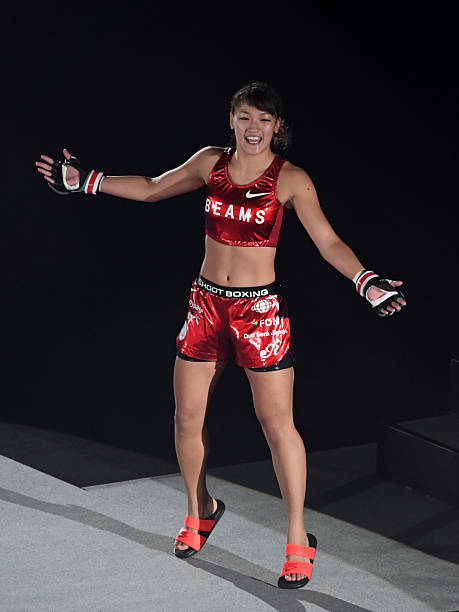 Japanese shoot boxing veteran Rena Kubota will return to the RIZIN ring on April 16 when she takes on Hungarian-born Dóra Perjés in Yokohama.

Kubota (3-0) is a veteran of kickboxing and shoot boxing, amassing a record of 32-5-1 between the two. She made her MMA debut at the year-end RIZIN show in 2015 and defeated Italy’s Jleana Valentino via flying armbar. She returned to RIZIN in late-2016 and submitted Miyuu Yamamoto. In her last outing, Rena defeated Hanna Gujwan via TKO following a body kick late in the fight.

Perjés (7-1) spent the majority of her career on the Hungarian regional circuit. She won six straight, all by submission, to start her career. In late-2014 she went to Brazil to compete in the XFC International women’s strawweight tournament. After submitting Luana Santos Medeiros in the opening round, Dóra Perjés was slated to take on Maryna Moroz in the semi-finals in early-2015. Moroz pulled out of the tournament in order to sign with the UFC and was replaced by Finland’s Vuokka Katainen. Katainen won by unanimous decision. Perjés has not fought since, though she was scheduled to return last month at EuroFC 02 before the event got canceled.

RIZIN 2017 in Yokohama is slated to take place on April 16 at the Yokohama Arena in Yokohama, Kanagawa, Japan. Check out the newly updated fight card below. Bout order not official.

More fights should be announced in the near future, but the card is looking great thus far!