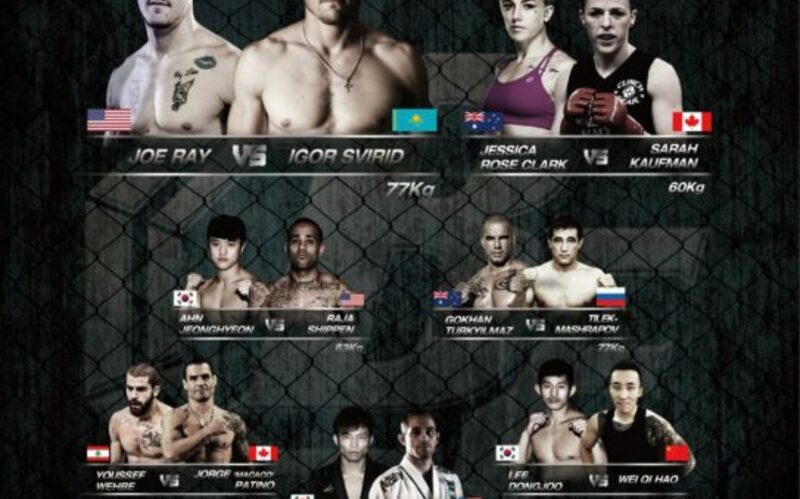 Battlefield FC put on their first event this past weekend from the Seoul Olympic Hall in Seoul, Korea. The fight card went off with a bang, but according to one fighter it didn’t go without a hiccup.

Grappling competitor, Jeff Glover, let his fans know on Instagram that the promotion did not pay any of their fighters. “Battlefield​ MMA owes me ALOT of money,” said Glover. “No one got paid , and we’re all givin i owe yous.”

Battlefield​ MMA owes me ALOT of money . No one got paid , and we’re all givin i owe yous . Might have to take these dudes to court ….Let’s see if they hold up to their word.

Glover competed against Korea’s own Wan Gi Chae in a 154-pound grappling bout. The two went the distance and the bout ended in a draw.

The main event at Battlefield saw Igor Svirid take on Joe Ray. Svirid took home the win with a first round submission.

The most notable name on the card was co-main event fighter Sarah Kaufman, who secured a unanimous decision victory over Jessy Rose-Clark. This was the Victoria, B.C. native’s first bout and first win since being cut by the UFC in December 2015.