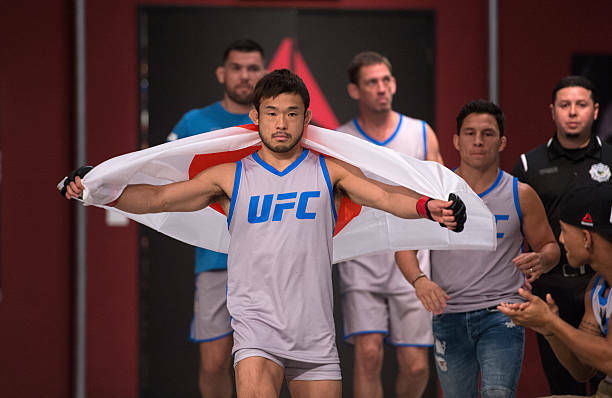 In his first fight since losing to Tim Elliot in the finals of ‘The Ultimate Fighter 24: Tournament of Champions’, Japan’s Hiromasa Ogikubo will return home to take on UFC-veteran Danny Martinez.

Martinez confirmed the news on his Instagram account, saying that it’s “always been his dream” to fight in Japan. The bout will be contested at flyweight.

Ogikubo (15-3-2) won the Shooto bantamweight title before joining the 24th installment of The Ultimate Fighter. While on the show, Ogibuko, who was ranked #5, picked up wins over #12 Nkazimulo Zulu and #13 Adam Antolin. This earned him a shot in the semi-finals where he picked up a huge win over #1 seed fighter Alexandre Pantoja. This win put him in the finals where he went on to lose to Tim Elliot via unanimous decision. He was shockingly not brought into the UFC after the season ended. For reference, his three career losses came at the hands of Kyoji Horiguchi, Eduardo Dantas, and Koetsu Okazaki.

Martinez (21-7) signed with the UFC in 2014 and was released a year and a half later after going 1-3 in the promotion. After three-straight losses, Martinez picked up a much-needed win over Richie Vaculik at UFC 193 and was released shortly after. Since being let go, Martinez has won two-straight. In late 2016 he was given co-main billing at Combate Americas 8, taking out Benny Vinson via UD. He then signed with ACB and was booked to face Darren Mima on the promotion’s first card in America; ACB 51. After a last-minute opponent switch, Martinez instead faced Cory Alexander, picking up yet another UD win.

Here is the currently announced card, bout order not confirmed.