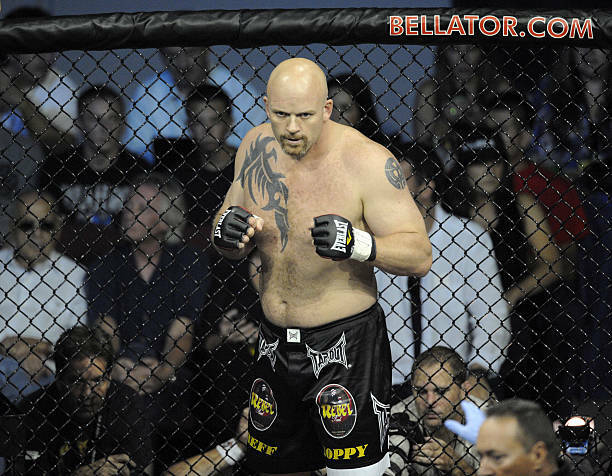 A heavyweight fight has been announced for Bellator 179: Daley vs. MacDonald. As sources have confirmed to MMASucka.com that former Bellator season 3 heavyweight tournament finalist Neil Grove (12-8-1) returns to the cage to take on Lukasz Parobiec (12-5) at the May 19 event.

Grove entered Bellator in 2010, winning three of his first four fights in the promotion. He would lose to eventual Bellator heavyweight champion Cole Konrad. He has earned finishes over Zak Jensen, Alexey Oleynik, and Eddie Sanchez inside the Bellator cage.

Parobiec has been competing all over England since 2007, and has gotten finishes in 11 of his 12 bouts. He last competed at BAMMA 25: Champion vs Champion where he was awarded a disqualification win due to illegal elbows from Tom Aspinall. He owns a 6-1 professional kickboxing record, having won the ISKA World Super-heavyweight K-1 Rules Championship and the CRC K-1 Heavyweight Championship.

Featuring a welterweight showdown between new free agent signing Rory MacDonald and Paul “Semtex” Daley, Bellator 179: Daley vs. MacDonald takes place May 19 at The SSE Arena in London, England. An official bout order has not been set.

The following fights have been confirmed for Bellator 179: Daley vs. MacDonald.