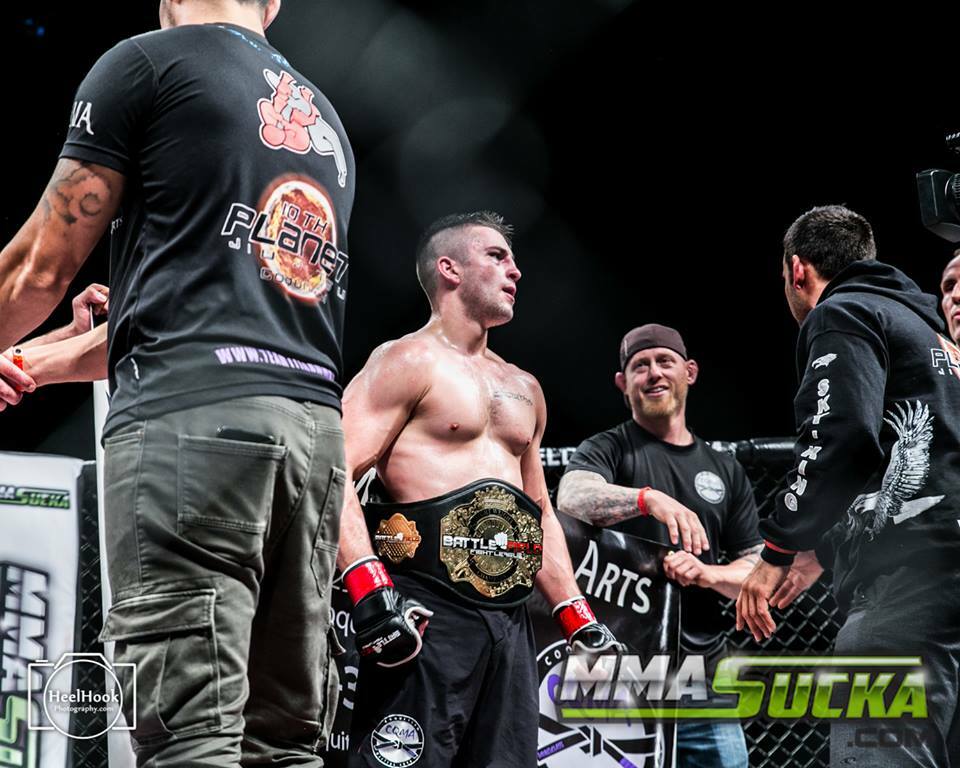 BFL President Jay Golshani announced on Tuesday that the BFL 50 fight card would consist of all amateur fighters.

The last time the promotion took over the Vancouver Convention Centre was BFL 9 in 2011.

MMASucka has learned that a number of amateur titles will be on the line for this stacked card, including the main event between BFL amateur featherweight champion Taylor Christopher and Philip Romanov.

Christopher (6-1) started out his career 0-1, but has since risen to the occasion and gone on a six-fight winning streak, dating back to 2014. He won the title against Josh Kwiatkowski at BFL 45 in what people arguably call the best fight to ever grace the BFL cage. He followed up with a split decision victory over Shane Jung at BFL 47 in February.

Romanov (4-1) made his BFL debut against a familiar face to Christopher–Kwiatkowski at BFL 47. The eight ranked amateur in Western Canada came out on top in that fight, earning the judges nod and is currently riding a three-fight winning streak.

Also on the line is the 135-pound amateur title, which has been vacated by Tylor Nicholson, as he’s making his pro debut at BFL 48. Fighting for that gold will be Shane Jung against Connor Thompson.

Jung (7-6) is coming off a split decision loss to the featherweight champion Christopher at BFL 47 earlier this year. He will look to get redemption inside the BFL cage and gold around his waist against Thompson.

Thompson (1-0) is currently undefeated with one knockout victory in his MMA career. He may seem green in the MMA game, but he is 4-0 in his kickboxing career. His lone MMA fight came back in 2015 at BFL 38 against Niko Chan. Thompson earned BFL gold at BFL 47 against Nicholson for the inaugural BFL Muay Thai championship.

Shawna Ram is back

The women’s championship will also be up for grabs, as Shawna Ram will put her title on the line. Her opponent has yet to be announced, but expect the news to be dropped soon right here on MMASucka.com.

BFL 50 goes down on July 8 from the Vancouver Convention Centre. Along with the three bouts that were announced above, a slough of other amateur matches will be announced in the coming weeks.

Keep it locked to MMASucka.com for more on BFL 50 and all your MMA news.