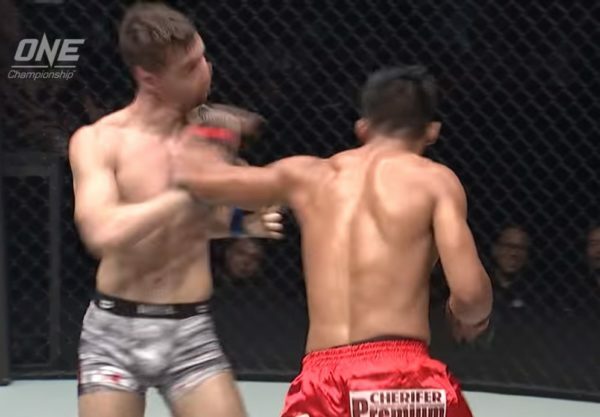 Some vicious KO’s came from all over the globe in April, and narrowing it down to just one was incredibly difficult.

Mike Perry, Yusuke Yachi, and Rafael Carvalho are just a few of the names who added some length to their highlight reels this month. However, when picking the best of the month, none of these got the nod from me.

MMA Sucka’s ‘Knockout of the Month’ for April 2017: One-Punch KO in Manila

All were, obviously, incredibly impressive. But a KO under the ONE Championship banner in Manila is what took out #1 spot.

At the 1:31 mark of the second round, Banario landed one of the cleanest punches humanly possible. Jartim threw a kick to the body of Banario, who responded by lunging in with an absolutely devastating left-hook.

The incredible knockout shot sent an unconscious Jartim onto the mat, where his head would bounce like a basketball ala Sam Stout vs. Yves Edwards, making the already brutal KO even tougher to watch without cringing.

This was Banario’s fourth win in a row, and it came in absolutely devastating fashion.

Check out highlights from the entire event below, but pay attention to the nasty KO courtesy of Honorio Banario!

There was no shortage of amazing KO’s this month. Don’t believe me? Take a look at a nice list of honorable mentions below!