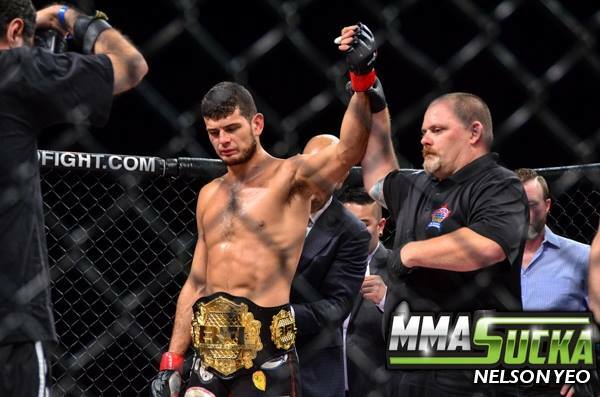 The middleweight title is up for grabs in the main event at BFL 49, as welterweight champion Chris Anderson moves up to 185-pounds to take on Jared Revel.

Chris Anderson vs. Jared Revel for middleweight gold at BFL 49

Anderson (5-0) is currently undefeated in his professional career. He has finished four of his five opponents via knockout and captured the welterweight gold in just his third pro fight. Most recently ‘bukwas’ TKO’d Dejan Kajic in the main event of BFL 47 in February.

Revel (5-1) started off his pro career with a victory over Micah Brakefield, lost his next one to Ryan Allen by decision, but has gone on to win his next four straight. Three of the four victories have come by submission. The Revolution Fight Team BJJ black belt tapped out Joe Levasseur at BFL 48 in April.

BFL 49 goes down on June 24 from the Hard Rock Casino in Coquitlam British Columbia. Along with the Anderson vs. Revel main event, David Perron will take on Ash Mashreghi in the evening’s co-main event.