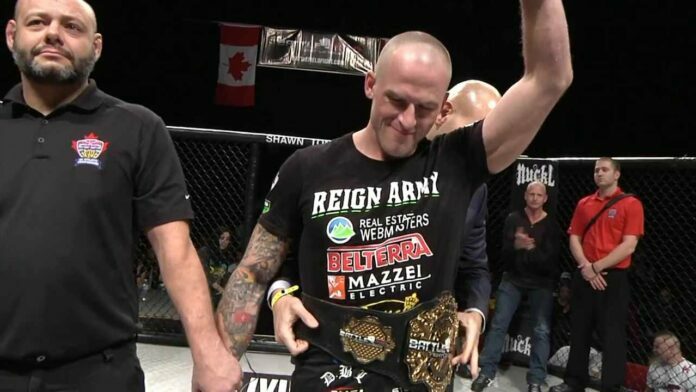 Almost four years ago, both Battlefield Fight League and rival promotion World Series of Fighting held cards on the exact same night. This normally wouldn’t be a problem, or competition to say the least, as often times local promotions will run on the same evening as a larger show. However, on December 7, 2013, BFL 26 and WSOF 7 went down in Vancouver, British Columbia.

WSOF 7, which was held at the PNE Agrodome and was headlined by Georgi Kharakanyan vs. Lance Palmer for the promotion’s inaugural featherweight title.

A slough of local talent was also featured on the card, including some BFL veterans. Kicking off the preliminary card was a battle between former BFL amateur champion Micah Brakefield and current middleweight contender Brendan Kornberger. Brakefield had a highlight reel suplex in the first round, but Kornberger was just too much for him in the second, forcing the stoppage. Sabah Fadai had the opportunity of a lifetime, fighting on the main card against Nick Newell. Unfortunately it didn’t go his way, and he was choked out in the very first round. Kalib Starnes was the first fight on the main card and he did not disappoint. He knocked out Dwayne Lewis with some nasty elbows.

MEANWHILE AT THE HARD ROCK

I was lucky enough to cover both events. Following the WSOF card, I made my way out to the Hard Rock Casino to catch some of the action on the BFL 26 card and exciting it was. BFL has the local market on point, as I noticed many fans in attendance were from the WSOF show and likely left early in order to get to the BFL card.

The main event at BFL 26 had an unfortunate stoppage, as Leo Xavier vs. Dejan Kajic was declared a technical draw after an unintentional elbow was landed. Ash Mashreghi finished Stu Deleurme in the evening’s co-main event in the very first round. After going 0-3 to start his pro career, this was the bout that put “Smash” back on the map and lead to an impressive six-fight winning streak.

Three titles were handed out at BFL 26, as Jer Kornelsen defeated Jared Revel just seven seconds into the fight to be crowned the amateur middleweight champion and Oren Hanscomb earned a unanimous decision against Cleve Bentley to earn the amateur featherweight title. The third belt was for the bantamweight championship, as Craig Maclean defeated Kirk Tse to capture that crown.

If I were to hand pick a winner on this fight night, BFL definitely came out on top for the local fans.