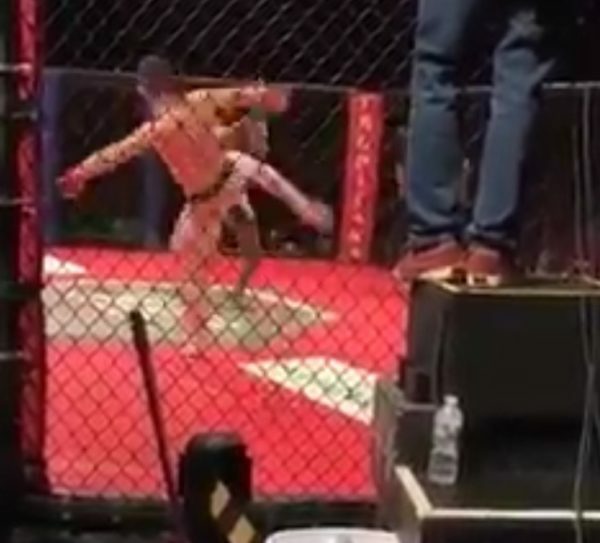 In terms of bantamweight prospects, very few have been talked about more than Raufeon Stots. The 28-year-old Roufusport product has amassed an impressive 8-0 record in just two years as a pro and is the current Victory FC Bantamweight Champion, beating UFC-vet Rob Emerson in April.

Last night at Ring of Combat 58, the VFC Champion looked to add a 2nd belt to his collection. He travelled to Atlantic City to take on Serra BJJ fighter Merab Dvalishvili. After a lackluster 1-2 start to his MMA career, Dvalishvili went on to win five-straight. He won the vacant ROC Bantamweight Title by beating Suhrob Aidarbekov via submission in April.

This fight against an already established champion from another promotion would be Merab Dvalishvili’s first title defense. And he passed with flying colours. Just 15-seconds into the fight, Dvalishvili threw a right high-kick to set up a picture-perfect spinning back-fist. The spinning strike connected, sending the previously unbeaten Stots unconcious to the canvas.

Merab Dvalishvili now sits at 7-2 as a pro, winning six-straight, and Stots picks up his first career loss and is now 8-1.

Check out Dvalishvili’s incredible KO below via one of the best follows on Twitter; @Grabaka_Hitman!