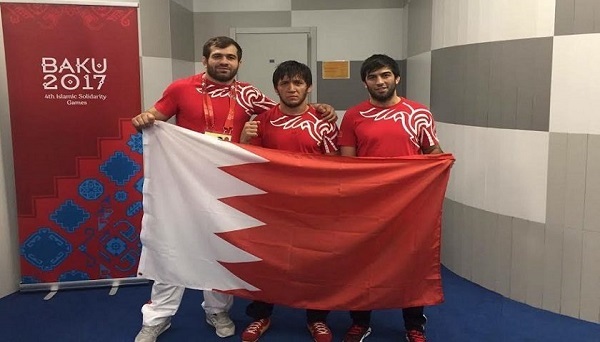 The second edition of Brave News, the weekly round-up of all things Brave-related, brings you up to date with everything going on around the biggest MMA promotion in the Middle East. While officials work hard to finalise the second semester calendar, athletes have been keeping busy competing in other disciplines, with both Hamza Kooheji and Carlston Harris picking up gold medals in different grappling tournaments worldwide.

Speaking of the Guiana-born Welterweight, Harris made headlines this week as he openly challenged Mohammad Fakhreddine to a fight in Brazil, where he has lived and trained for the last 10 years.

Meanwhile, Abdul Kareem Al Selwady has confirmed his participation in an upcoming grappling tournament in Texas, on July 8th. Also involved in competition outside of MMA is Lightweight Eldar Eldarov. An olympic-level trainer, the Russian fighter is in Singapore coaching the Bahrain Team at the IMMAF Asian Amateur MMA Open Championship.

Hardeep Rai, the Bristish-Indian sensation, who made his Brave CF and professional debut at Brave 5: Go For Glory, is currently spending time at the world-renowned Jackson’s MMA gym in Albuquerque, New Mexico, where he trains alongside names like Jon Jones, Carlos Condit and Donald Cerrone.

Two SBG Ireland prospects have also made the news as Danielle Scatizzi has decided to move down to Lightweight after a tough defeat at Welterweight on his Brave debut. Frans Mlambo, another training partner of Conor McGregor, has released a highlight video of his career that hit almost 50,000 views in less than a day.

Last, but not least, Brave Films, a new video segment, is being launched with Elias Bougdezdame as the star. “Smile” tells the story of Brave Combat Federation’s first ever Featherweight titleholder. The first trailer for the new movie is out and fans can expect the full film to be available over the next weeks.