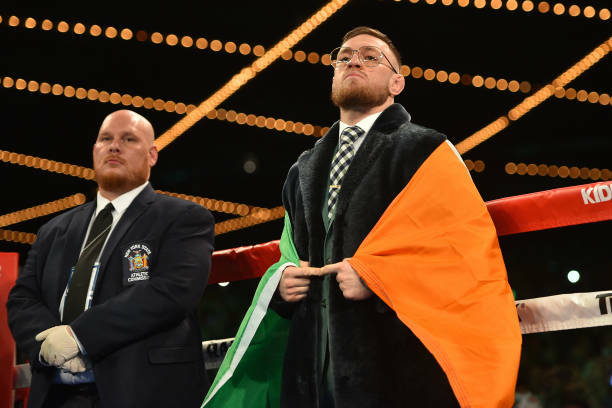 Unless you’ve been living in a cave or an off-grid survival cabin for the last few weeks, you’ve heard all about the superfight between Conor McGregor and Floyd Mayweather, Jr. that was announced on June 14, 2017. News of this unprecedented bout reached even the most casual fan of combat sports, and well beyond. Vegas odds-makers decided long ago that McGregor would be a massive underdog. After all, this is a boxing-rules matchup against arguably the best pound-for-pound boxer on the planet. The only real mystery up to this point would be figuring out how badly he will lose. However, very few are considering an almost unimaginable possibility that would turn the boxing world upside down. What if McGregor actually wins?

Mayweather is widely considered by many boxing fans as the greatest boxer of all time. This is largely due to his 49-0 record and the manner in which he dispatches his opponents. Mayweather employs a strategic and tactical defense that very few have ever been able to penetrate. His quickness as an offensive striker is also unparalleled in the sport. After victories over Manny Pacquiao and Andre Berto in 2015, Mayweather announced his retirement. He had seemingly defeated all worthy contenders that might have a chance at defeating such a dominant champion.

So how do you now get fans excited for a fight and willing to part with massive pay-per-view dollars? Enter a cocky, brash, witty, intelligent, marketable, and well-spoken Irishman. He comes from the world of mixed martial arts to rattle the proverbial cage and pull Mayweather out of retirement. If McGregor becomes the world champion of professional boxing, he will become an international sensation. A sensation the likes of which we haven’t seen since the great Muhammad Ali. Not a bad thing for a sport in decline.

A New Legion of Fans

Professional boxing has clearly been in a slump over the last decade. However, MMA has increased in popularity by leaps and bounds over the same time period. A super-fight between an undefeated Mayweather and an MMA phenom like Conor McGregor could be a spark. A spark that ignites a flaming resurgence in popularity for boxing. It is reasonable to assume that fans of MMA will also be fans of exciting boxing matches. Crossover fights into the boxing realm would almost certainly attract boxing fans. We’ll likely start to see more and more of them happen after ticket sales from this super-fight are tallied.

CM Punk’s brief foray into the Octagon went about the way we all expected. However, crossover athletes from the WWE like Brock Lesnar have been extremely successful in MMA. If fighters see potential for big money in both MMA and boxing, things will start to change. Boxers might start to train as MMA fighters for a change of pace. MMA striking specialists might also start to train for boxing matches. If McGregor wins, boxing wins.

A New Level of Respect for MMA

If and when McGregor pulls off the greatest upset in sports history, he stands to become the single greatest champion that professional MMA has ever produced. Boxing analysts often scoff at the idea of an MMA fighter being able to compete at an elite level of pugilism that professional boxing offers. McGregor could change all that with a single well-placed punch that leaves Mayweather with a new record of 49-1. No longer will MMA fans listen passively to boxing elitists talk about MMA fighters as if they are crudely-skilled cave men who would never be able to function in a world of surgeons.

The UFC stands to make vulgar amounts of money on any subsequent title defenses when McGregor returns to MMA. Dollar signs, commas, and zeroes is one language that even pure boxing’s most ardent defender can understand, so expect to see the tone soften and coverage of MMA strikers begin to increase.

A New Era of Entertainment

Fans have enjoyed watching the evolution of MMA over the last few decades while lamenting the decline of both amateur and professional boxing. Even while acknowledging the fact that boxing needs a shot of adrenaline, boxing purists disagree on the path forward. Some will say that giving McGregor a boxing title shot is a circus freakshow manufactured for easy money by profiteers. Others will say it’s about time that MMA strikers get the respect they deserve as elite pugilists. On August 26, 2017 we are all set to embark upon a new adventure in the next chapter of combat sports that is sure to be entertaining if nothing else. Do you think McGregor has a shot to change boxing and MMA forever? Sound off in the comments.