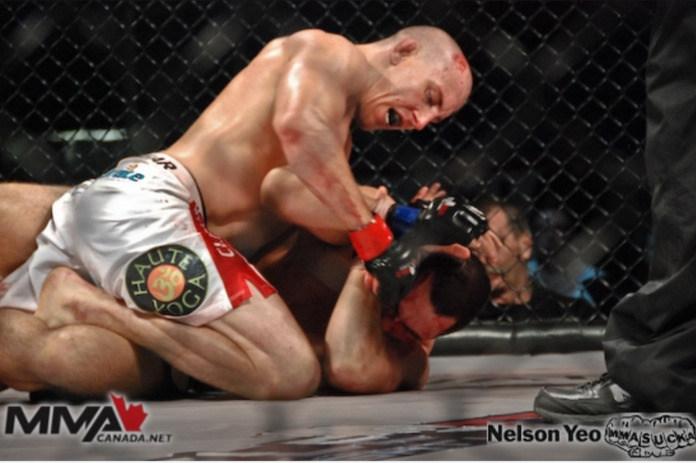 The end of The Ultimate Fighter Season 25 is upon us! And as TUF 25 ends, so to does this season of The TUFtermath. This final episode sees the fate of James “Panzer” Krause revealed, as he takes on Jesse “JT Money” Taylor for a spot in the finals this Friday. So, let’s look at the ups and downs of the last episode.

#1) All Hope is Lost. All hope was indeed lost, for Team No Love at least. After James Krause passed his eye exam and was cleared to fight, the need for a back-up as selected by coach Cody Garbrandt was gone. The finals were assured to be all blue.

#2) Tim the Tool, Man. While Tim Elliott had initially been invited by TJ Dillashaw to provide some insight on getting through to the finals for this remaining charges, the TUF 24 winner stuck around for some drinking time around his coach and friend James Krause. Of course, this happening in the TUF House meant that someone was bound to say something antagonistic. Lo and behold, Seth Baczynski felt bitter over Krause having a coach and training partner there.  This led to an exchange of words, and Julian Lane hurling a 1 litre bottle at Elliott from the hot tub and nearly hitting Krause. While Krause’s party went inside, they were followed by Baczynski, Lane, and Justin Edwards. While Elliott and the trio jawed back and forth, with Tim referring to them in various ways as “losers,” Julian Lane was eventually pushed to the breaking point and took a swing at the flyweight. This didn’t faze Elliot, even as he took a couple of shoves while being pushed towards the door by Krause and company. Tim’s words even pushed the normally stoic Justin Edwards to launch himself across the room in an effort to take out the interloper. Needless to say, Tim was being a tool in the wrong company.

#3) Polish Piss-drunka. Lest you think that Tim Elliott was the cause of all this episode’s shenanigans, let’s not forget Seth Baczynski’s role. “The Polish Pistola“ was rather inebriated and instigated the insanity with his inane insults. His bitter behavior continued even after Tim Elliott had left. Baczynski confronted James Krause over Elliott even being there, going so far at one point as to try and poke Krause in the eyes. Not a good look for a guy who is hoping he can still get picked up for a fight on the Finale card.

Stock Up – Jesse Taylor. With all the insanity going on in the TUF House so close to his fight, “JT Money” did the wise thing and kept his distance. In fact, he’s shown a marked increase in maturity since his original, ill-fated stint on the show. He was able to bring that new composure with him into the cage against James Krause. This is notable in that for a fighter whose submission defense has been criticized as lacking, Taylor was able to easily defend against the multiple attempts of Krause. It’s been a great season for him, and he has definitely redeemed himself.

This fight was definitely a ground battle. While the first round was close, Jesse Taylor was able to take over more and more in the second and third stanzas. While “Panzer” was able to take top position, and even “JT Money’s back” a couple of times, it would all be for naught. In the third round, Taylor was able to take Krause down, take mount, and lock in a guillotine choke that sent the UFC-contracted fighter into dreamland. Jesse Taylor will now be moving on to the Live Finale to take on Dhiego Lima in an all-Team Killashaw bout the for the TUF 25 crown. This fight will go down on the main card of the TUF 25 Finale card, set to go down on July 7th live at the T-Mobile Arena in Las Vegas, NV.

Keep it locked to MMASucka.com for more on TUF 25 Live Finale, and more this International Fight Week!