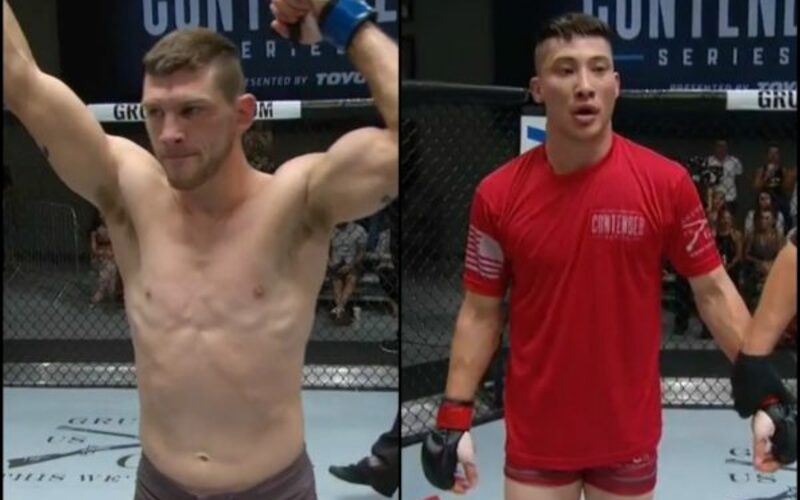 The UFC’s debut into these ‘Strikeforce Challengers’-esque cards was a fun one. Five fantastic fights took place in front of UFC boss Dana White. Whoever had the best performances of the night would get a UFC contract.

Two of the night’s most standout performances came at the hands of Boston Salmon and Titan FC Champion; Kurt Holobaugh. Both of which received UFC contracts following the event.

Holobaugh (18-4) entered the night as Titan FC Lightweight Champion. He took on CES Featherweight Champion, Matt “The Mangler” Bessette, in the night’s main event. There was no feeling out process. Both men threw heavy shots at each other for three minutes until Holobaugh unloaded with a vicious flurry and put Bessette out with a right-hand.

Hawaii’s Salmon (6-1) entered the night with more motivation than ever after his good friend Max “Blessed” Holloway recently took out Jose Aldo to become the UFC Featherweight Champion. He took on Team Alpha Male’s “Pretty” Ricky Turcios who had a perfect 8-0 record heading into the contest. The two went to war in what was a battle of Turcios’ output against Salmon’s fight-ending power. Though he did not finish, Salmon landed plenty of heavy punches and secured a unanimous decision in what was the (unofficial) Fight of the Night.