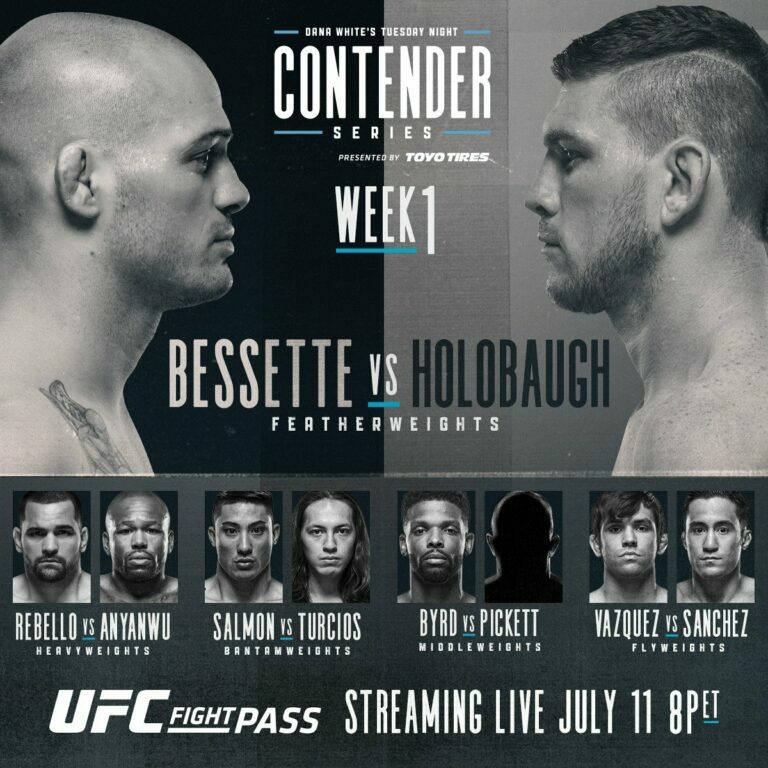 Tonight live on UFC Fight Pass is the debut of the new Tuesday Night Contender Series!

Each Tuesday they will air a live professional fight card littered with hot MMA prospects. Their first show is a damn good one.

Check out the full five-fight card below, which will be updated with the results as the event rolls on!