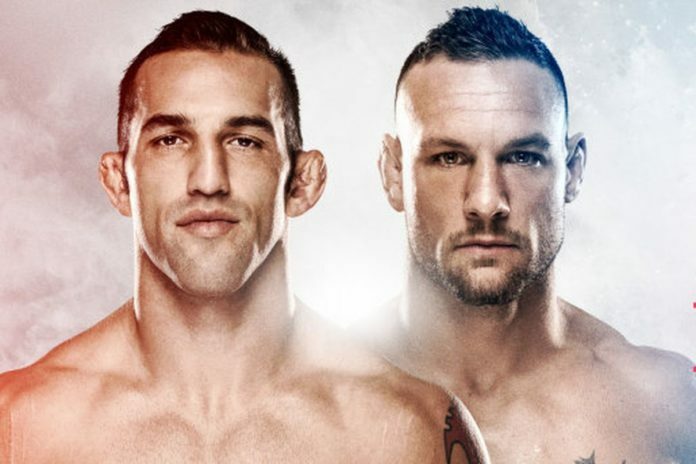 The main event features a lightweight rubber match between Derek Campos and Brandon Girtz. The two are 1-1 against each other, with Campos picking up a UD win over Girtz in 2013 and Girtz scoring a 37-second KO win over Campos in their 2015 rematch.

It is worth noting that, heading into the bout, Girtz has lost two-straight while Campos has won three-straight.

The most surprising part about this card? The outstanding preliminary portion. Valentin Moldavsky, Justin Lawrence, Logan Storley, Rafael Lovato Jr., Mike Rhodes, Romero Cotton, Bruna Vargas, and Carl Seumanutafa – among others – will all compete on the prelims.

Check out the full card below! The fight card will be updated with the results as they happen!

Postlims – (After Main Card – No Stream)

Note: With that amount of prelims, probably over HALF of them will not air. Bellator’s weird trend of not allowing nearly enough time for all prelims to take place before the main card continues. Over half of these will be “post-lims“. But we will not know which until the prelims conclude.