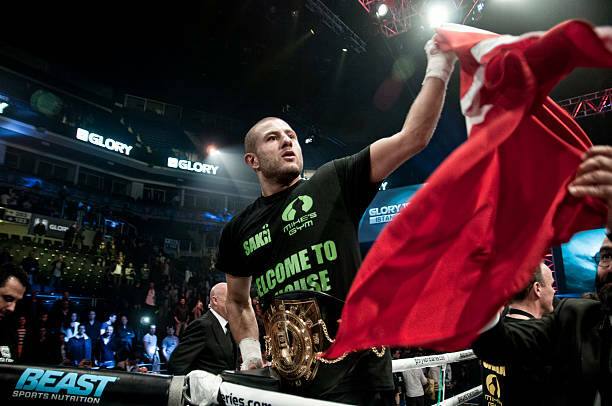 The promotion has finally announced the debut of high-level kickboxer Gokhan Saki. He will take on Luis Henrique da Silva at UFC Japan in September. Two more solid bouts were also added to the card.

The fight was confirmed by the UFC early Friday morning.

Here he comes!! @gokhansaki makes his debut against Henrique Da Silva at #UFCJapan

Saki (0-1) had one MMA fight all the way back in 2004. After the loss, he opted to quit MMA to pursue a very, very successful kickboxing career. Amassing well over 80 wins as a professional kickboxer, Saki won the GLORY Light Heavyweight Championship with a first-round stoppage of Tyrone Spong in 2014.

da Silva (12-3) made his UFC debut in 2016 following a TKO win over UFC-veteran Ildemar Alcantara on the Brazilian regional scene in January. After two-straight stoppage wins over Jonathan Wilson and Joachim Christensen, da Silva went on to lost three-straight. He rides that losing streak heading into this fight with Saki.

The two other bouts added to the card are great flyweight fights. Jenel Lausa meets Naoki Inoue in a battle of prospects. And Yuta Saki faces Jussier “Formiga”.

Also worth noting; Queen of Pancrase Syuri Kondo has signed with the UFC to fight on this card. Though no opponent was officially given, the rumor is that she will face Chan Mi Jeon, however.

UFC Fight Night 117 (UFC Japan) is set to take place on September 23 at the Saitama Super Arena. The show is headlined by a legend who made his name in Japan as Mauricio “Shogun” Rua takes on Ovince St. Preux in a rematch from their 2014 contest.