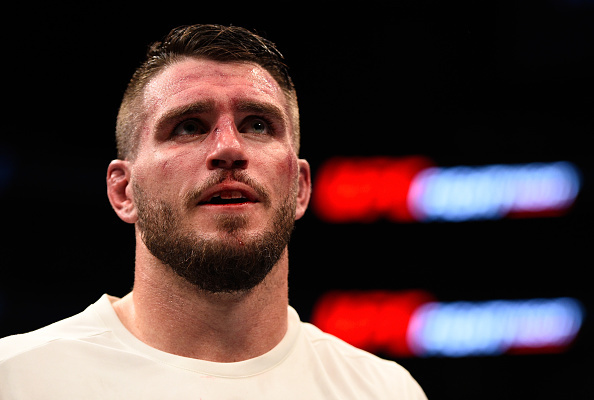 Chris Camozzi stepped onto the professional mixed martial arts scene in 2006. He has since gone on to fight 37 times and holds a record of 24-13. After an eleven year career, the FactoryX Muay Thai fighter isn’t calling it quits, but he is changing course. Camozzi will be calling the Glory Kickboxing ring his home for the foreseeable future.

The 30-year-old announced the news on ‘The MMA Hour’ with Ariel Helwani and followed up with the following post on his Facebook page.

Camozzi has fought for a number of major organizations, including MFC, VFC, King of the Cage, Shark Fights and UFC.

In 2015, Camozzi made his return to the Octagon, when he took a short notice bout against Ronaldo ‘Jacare’ Souza. He lost that bout due to submission and then went on to win his next three.

The California born fighter is currently on a three-fight losing skid. Following his last bout, which was a decision loss to Trevor Smith, Camozzi announced that his UFC contract had expired and he was officially a free agent.

This will be Camozzi’s first experience with professional kickboxing. Helwani even called him the ‘Conor McGregor of Glory.’

Glory was founded in 2012 and has put on 43 events over the course of the last five years. In 2016 Glory CEO Jon Franklin announced a new multi-year deal with ESPN.The promotion has held events all over the world and in 2017 has increased to 18 events and production of around 100 TV shows.

No word as to when Camozzi will make his Glory Kickboxing debut.

Glory 44 goes down on August 25, 2017 from the Sears Centre in Hoffman Estates, Illinois. The Glory welterweight championship will be on the line, as Cedric Doumbe takes on Murthel Groenhart.

Keep it locked to MMASucka.com for more on Camozzi’s Glory debut and all your MMA news.